The reality TV star and cosmetics entrepreneur, 24, shared a black and white photo with her 309 million Instagram followers which showed her holding the child's tiny hand.

However, she did not reveal its gender.

The caption included a blue love heart and said the baby arrived on January 2 – the day after the birthday of her four-year-old daughter Stormi. 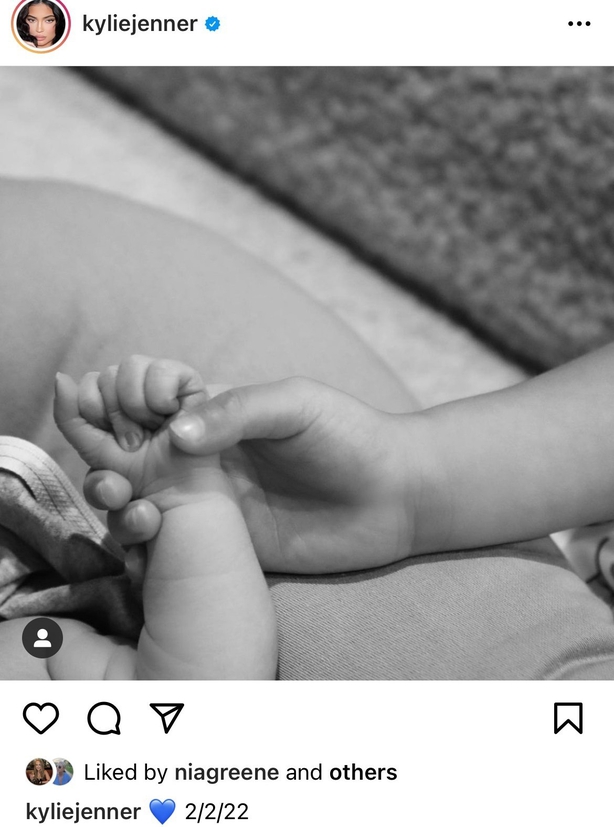 Jenner and Scott, a chart-topping rapper whose songs include Highest In The Room and Sicko Mode, first started dating in 2017, with Stormi arriving the following year.

They reportedly split in 2019 but were said to have rekindled their romance shortly after.

Jenner chose to keep her first pregnancy private and did not go public with the news until Stormi was born in February 2018.

The couple announced news of their second child in a 90-second video shared to Instagram in September.

It comes after 10 people died as fans surged toward the stage during a performance by Scott at the two-day Astroworld music festival in Houston, Texas, in November.

Scott has said he did not know fans were injured until just minutes before a press conference following the show.