Netflix has been denied a motion to dismiss a US defamation lawsuit resulting from its hit series The Queen's Gambit.

The streaming giant is accused of misrepresenting "one of the most significant career achievements" of trailblazing female chess champion Nona Gaprindashvili, who is referenced in the series.

Lawyers said the error had been broadcast "before millions of viewers worldwide" and "tarnished (her) personal and professional reputation".

During a scene in the series' final episode a commentator compares Harmon’s achievements to Gaprindashvili’s, but claims that the latter "never faced men" while playing.

Netflix said that "no reasonable viewer would have understood the line to convey a statement of fact" due the series being "an entirely fictional work," according to legal documents.

The streaming giant also argued that to understand the alleged defamatory implications, viewers would require "knowledge of competitive Soviet chess in the 1960s," the documents said.

But in a ruling on Thursday, a judge at California Central District Court said there had been no evidence of any cases "precluding defamation claims for the portrayal of real persons in otherwise fictional works.

"On the contrary, the fact that the series was a fictional work does not insulate Netflix from liability for defamation if all the elements of defamation are otherwise present," legal documents said.

Lawyers highlighted that Gaprindashvili had become the first woman in history to be awarded the honour and rank of International Chess Grandmaster among men.

"During Plaintiff’s career, she encountered severe prejudice because she was a woman—and often the only woman—competing amongst men," the documents said.

"When the series aired, multiple news outlets and various individual internet users commented on the inaccuracy of the line.

"Plaintiff states that the line 'misrepresented one of (her) most significant career achievements…before millions of viewers worldwide’ and ‘tarnished (her) personal and professional reputation."

They continued: "Plaintiff’s life-long career is in the world of competitive chess, in which she remains an active leader, role-model, and competitor.

"Plaintiff contends that the line cuts to the heart of her hard-won standing in her profession.

"The professional reputation and brand of Gaprindashvili was inextricably bound up with her courageous efforts to face and defeat estimable male opponents when chess was overwhelmingly a man’s world." 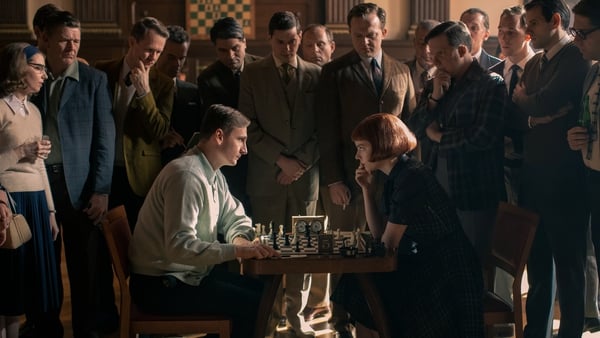