After it was cancelled last year due to the pandemic, Ted Fest, the celebration of all things Father Ted, will return to Inis Mór between March 3 and March 6.

The ultimate in clerical cosplay has been running since 2007 and sees fans of the classic sitcom descend on the Aran Islands hotel for Ted talk and to re-enact scenes from the show, which was set on the fictional and frankly barmy Craggy Island.

Dreamed up by Cardiff man Peter Phillips and Galway native Fergal McGrath, the idea of a festival dedicated to Father Ted first came about after they met each other while working on a charity in aid of relief for the tsunami of Christmas 2004.

Speaking to RTÉ Entertainment, Peter says, "I set up a charity to raise funds following the disaster and we helped fund various relief projects over in Sri Lanka. When the charity was being wound up, we were told there was £20,000 left over.

"We're the anti-TV convention festival. We never wanted TedFest to be like of those events held in a big function room where fans pay five quid for an autograph and a picture with someone who appeared in the second episode of the fifth season."

"So rather than wire that amount of money, I decided to travel to Sri Lanka myself to see what we could do with the leftover money and I invited along a film crew from SC4, Channel 4's Welsh channel.

"Fergal was a film editor with the crew, and we ended up spending a lot of time together drinking warm beer, doing Elvis impressions, and talking about Father Ted."

And Peter and Fergal were very clear from the start about what they wanted TedFest not to be.

"We’re the anti-TV convention festival," says Peter. "We never wanted TedFest to be like of those events held in a big function room where fans pay five quid for an autograph and a picture with someone who appeared in the second episode of the fifth season.

"The beauty of TedFest is that it’s small. We just want people to live the Craggy Island dream."

In fact, in another departure from those cosplay TV conventions, TedFest have never really asked the original Ted cast members to appear at the event. 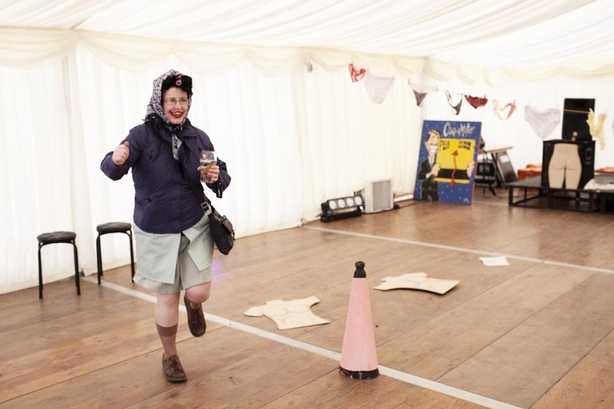 "I ran into Ardal O’Hanlon a few years ago and he said `don’t invite me out to that bloody island!’" Peter says.

"Joe Rooney, who played Father Damo, has been out a few times and he likes to referee the Craggy Cup football match. He calls the teams Blur and Oasis."

This year there’s also a cheesy tourist video being filmed, and Peter has been considering compiling TedFest’s own history of Craggy Island after being inspired by a possibly tongue in cheek alternative history of the place he chanced upon in Inis Mór own tourist office.

For example, did you know that back in 1986 Jack Charlton bought Craggy Island to get around a FIFA loophole? Or that Michelangelo painted the first version of the ceiling of the Sistine Chapel in a local church but it was sadly stolen by Cromwell. 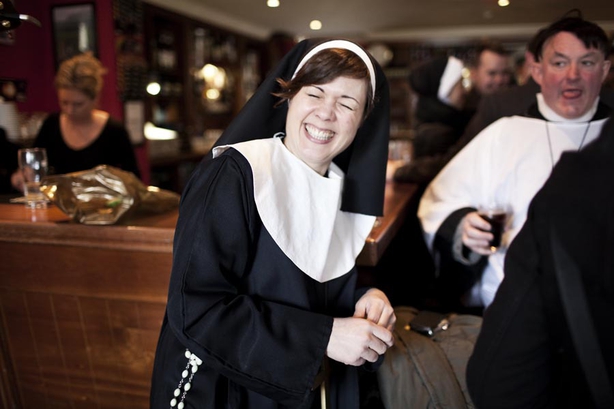 Or, of course, how Thomas Jefferson wrote the first draft of the Declaration of Independence in the Lucky Star bar following the breakdown of talks with British prime minister Lord North.

Potted and potty history aside, TedFest’s star attraction this year may be the original caravan that saw Graham Norton as Fr Noel Furlong lead a group of horrified students in a spot of Riverdancing.

"The caravan is now a death trap," laughs Peter. "Everyone who goes into it just has to Riverdance so it’s pretty wrecked."

Trad for Trócaire are the official musical guests for the four-day festival and Peter also confirms that the Lovely Girls Competition, Ted's Got Talent, Craggy Island’s fittest family, Matchmaking with Nellie, Priests Dance-Off, The Pan Asian Zen-Off, the Father Ted Prizeless Quiz, and the Craggy Cup will all be back.

Joe Rooney will return this year and he’ll be joined by Patrick McDonell, who played singer Eoin McLove, and there’s another star attraction in the shape of Bad Ambassadors, who claim to be the world’s only Divine Comedy tribute band, and hail from Cardiff. 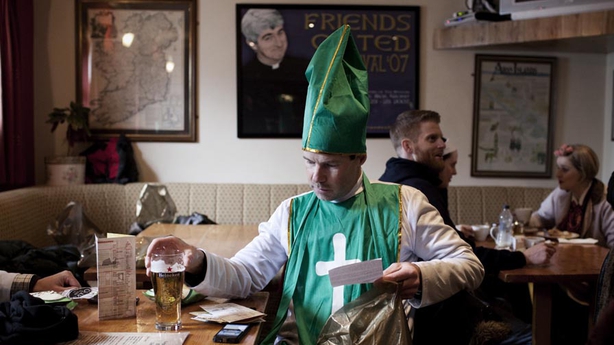 In an, about 300 Ted fans are expected on Inis Mór this March. "That’s as many as the island can hold," says Peter, who also runs an Elvis festival in Cardiff..

"We’re kind of first out and first back when it comes to festivals this year," he adds.

"It’s been a weird two years. We were all set to go at the end of 2020 to have a TedFest in 2021 but that just wasn’t possible, so fingers crossed for this year. We’ve been running around like headless chickens for the past few months."

Tickets for TedFest 2022 are available here.