Irish band The City and Us, who are fronted by Elva Trill, who plays Charlotte Lockwood in the next Jurassic Park film, have paid tribute to man and woman's best friend in the video for their new single Save Me.

The promo was shot in Taiwan and tells the story of a girl going through a tough time whose life is turned around when she adopts a stray.

Speaking about the video for Save Me, band member Mark Hogan says, "It was shot on location in Taiwan. We previously shot a video there when on tour and wanted to reignite our relationship with Director Jinesh Kunj (朱啓光) for this track too.

"The story for the video is of a girl who’s at a hard time in her life, when a dog follows her home and becomes a positive influence in her life. Makes her smile, makes her stay upbeat. 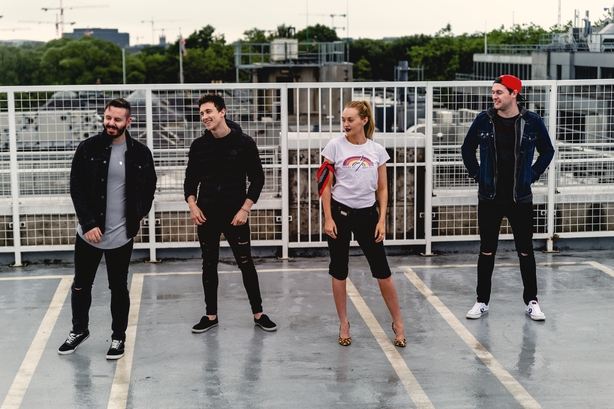 "She meets a guy, falls in love and the dog is there every step of the journey. The dog is almost like her angel to help her through her hardest time and when she’s completely happy again the dog feels its job is done.

"We wanted to make an emotional video because the song means a lot to us and we put so much into the recording of it, and during the pandemic our dogs helped us all through the hard times, so we wanted a video to show that relationship too."

The band came together after Elva and singer/songwriter Mark decided to collaborate on music after years of friendship.

They captured the moment in Elva’s kitchen one afternoon in a 60-second clip they uploaded to Instagram garnering plenty of attention online and eventually leading to an offer of an opening slot with fellow Irish band Keywest on their tour of England and Ireland. 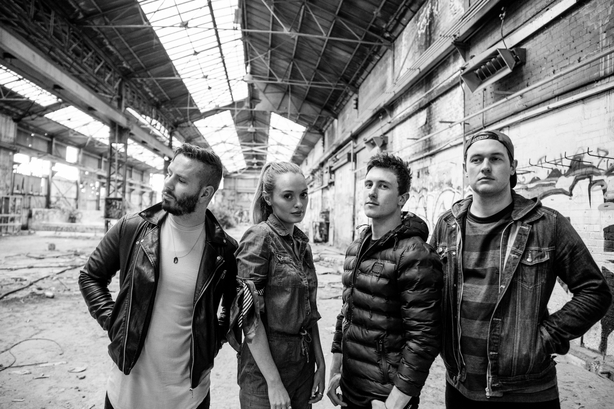 Further gig offers led to recruitment of Stephen Youster and Stephen Reilly - the band’s guitarist/music producer and drummer and in January 2017, the foursome became The City and Us.

The name itself arose from a conversation Mark and Elva had after watching the film Charlie Countryman in which the lead character travels to Bucharest and falls in love with everything about it.

Following a headline show at Whelan’s of Dublin in July 2017, they released a cover of The Chainsmokers’ Paris and Calum Scott’s version of Dancing on my Own.

In 2018, the band was offered a spot at the Ho-Hai-Yan festival in Taipei, Taiwan, a rock festival, held on Fulong Beach in front of 30,000 people.