Singer-songwriter Erica-Cody and her professional dance partner Denys Samson made Dancing with the Stars history on RTÉ One on Sunday night, receiving the highest score ever for a couple's first routine as they topped the leaderboard.

They wowed the judges with their Samba, scoring 24 points on a night that built on the excitement and feelgood of last week's opening episode of the new series.

"What a way to start the new year!" said Dubliner Erica-Cody, adding that the show had given her "a new lease of life". She also saluted her Ukrainian dance partner Denys Samson, who is in his first season on the show, for the fun he had brought to their training.

The first elimination of the series will take place next Sunday night when all 12 couples will dance.

Dancing with the Stars, Sundays, RTÉ One and RTÉ Player, 6:30pm

The story of the night:

The first couple of the night were broadcaster Aengus Mac Grianna and his professional partner Emily Barker, dancing the Charleston to Adam Ant's Goody Two Shoes.

Head judge Loraine Barry said the "fun element" was there but Aengus needs to up the energy to Emily's level. 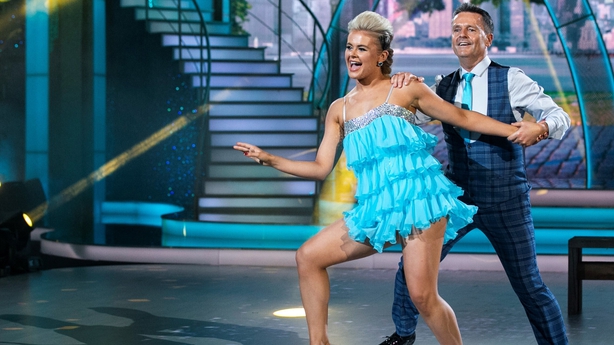 Fellow judge Arthur Gourounlian said although it wasn't the best Charleston he had seen in his life, it was really fun.

Brian Redmond said he was surprised that there was "a lot going on" from the waist down but Aengus needs to loosen up above the waist. Aengus and Emily scored 16 points from the judges.

Next up were Love Island's Matthew MacNabb and his professional partner Laura Nolan, dancing the Viennese Waltz to Charlie Puth's Dangerously.

Arthur Gourounlian said he wants Matthew to "relax a bit more" and "give it a little bit more energy". 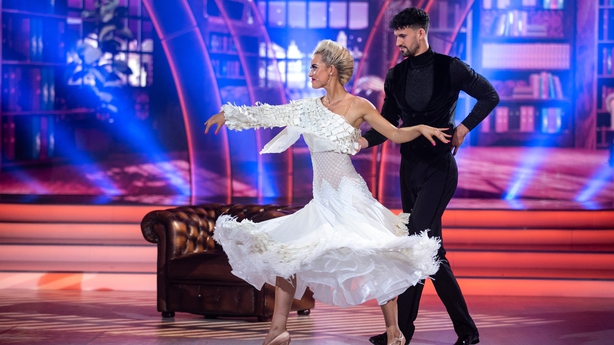 Brian Redmond said it didn't have "enough bite to it" and Matthew needs to get his timing and frame sorted out.

Loraine Barry said the storyline was "beautifully played out" and that although the "quicks weren't snappy enough", it was a "tremendous effort for a first dance". Matthew and Laura scored 13 from the judges.

Brian Redmond said they "weren't shy" but that it was "a little bit staccato". However, he added that the lifts were like "a show dance in a final" and a "completely different level". 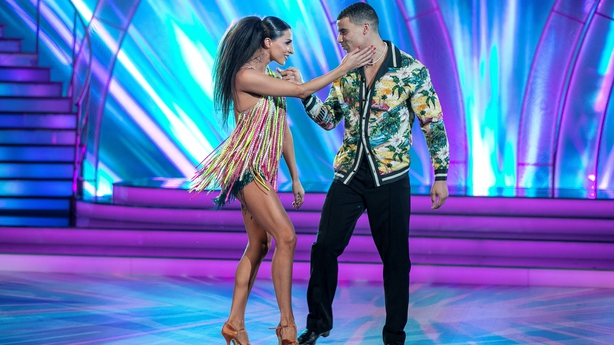 Loraine Barry wants more "freedom" in Jordan's body but said it was "a tremendous start".

Arthur Gourounlian said it was "hot, hot, hot" and "amazing for a first dance". Jordan and Salome scored 22 from the judges.

Loraine Barry said there were "lots of sparks" and it was "all there and absolutely fabulous to see". She added that she wants more "precision on the feet" from Erica-Cody and the "thighs a little bit closer". 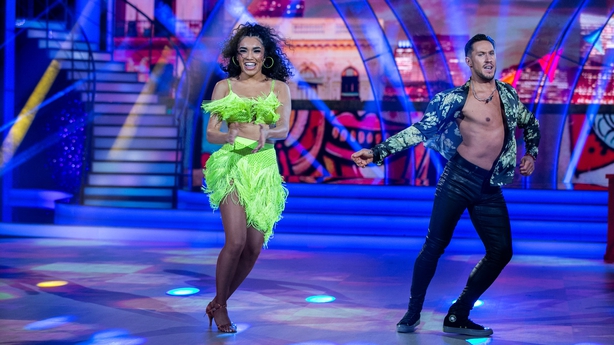 Arthur Gourounlian said Erica-Cody's hips "definitely do not lie" and that he can't wait for next week.

Brian Redmond said the Samba is a "celebrity killer" but that apart from "little pieces of advice" about flexibility, hips and toes, Erica-Cody "killed this". Erica-Cody and Denys scored 24 points - the highest-scoring first dance ever on DWTS.

"You came, you slayed and you conquered!"

The fifth couple were Aslan guitarist Billy McGuinness and his professional partner Hannah Kelly, dancing the Foxtrot to Monty Python's Always Look on the Bright Side of Life.

Arthur Gourounlian agreed with Billy that "age is just a number", describing the routine as "beautiful" and "brilliant". 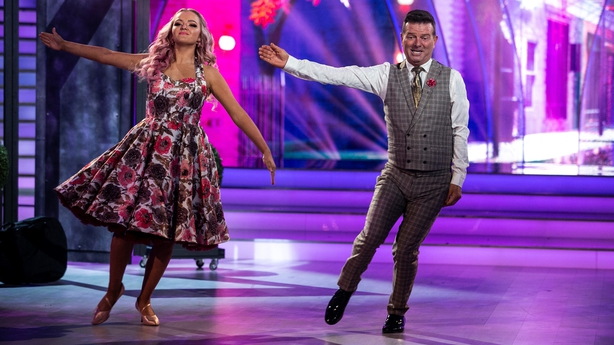 Brian Redmond saluted Billy's footwork and said the couple "brought fun and entertainment to beat the band". He told Billy to "sort out" his frame.

Loraine Barry disagreed with Billy's assertion that he is a "chancer not a dancer". She wanted more Foxtrot but added that Billy and Hannah "had me with the smiles". Billy and Hannah scored 16 from the judges.

A fun-filled Foxtrot from #TeamBahana🍌

Brian Redmond tipped Ellen as a contender, saluting her balance and describing it as "a very good start" with some work to be done on technique. 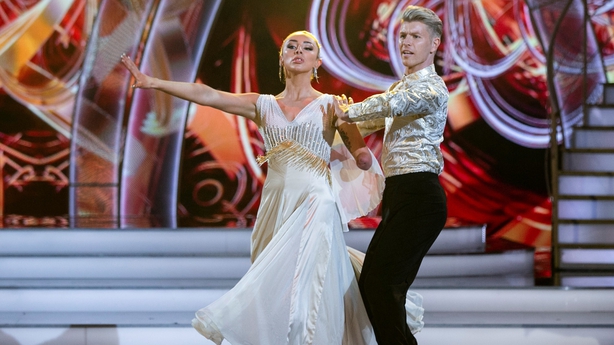 Loraine Barry said it was "a loaded Tango" but that Ellen "held her own". She wanted slower moments but said there is "lots of potential".

Arthur Gourounlian agreed with his colleagues' advice but said that Ellen had wanted a challenge and had "delivered in every single way". Ellen and Stephen scored 21 from the judges.