This epic new five-star production of the much-loved Rodgers & Hammerstein musical will feature a stellar cast, including Ovenden and West End leading lady Gina Beck and will run for one week only, from September 13 to17.

It's the legendary show's debut at Bord Gáis Energy Theatre. It's a powerful love story set on a South Pacific Island during WWll and boasts one of Rodgers & Hammerstein’s most memorable scores.

It also became a hit movie and features songs such as Some Enchanted Evening, Happy Talk, I’m Gonna Wash That Man Right Outa My Hair and Bali Ha’i. 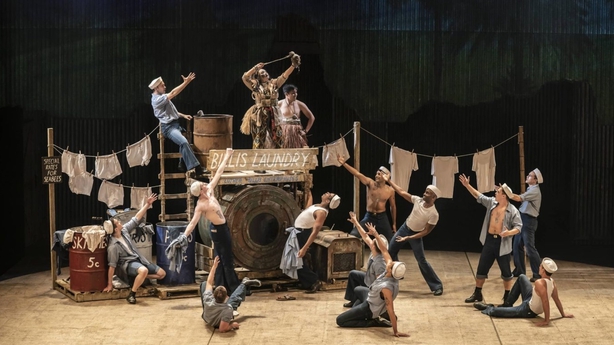 Julian Ovenden is perhaps best known for playing Charles Blake in ITV’s Downton Abbey and Henry Granville in Netflix hit Bridgerton. He's also an international recording artist and has starred on Broadway and in the West End.

Gina Beck’s many West End theatre credits include playing Miss Honey in Matilda, Magnolia in Show Boat, Glinda in Wicked, Christine Daae in The Phantom of the Opera and Cosette in Les Misérables.

Tickets go on sale through Ticketmaster from Friday December 10.