Strictly Come Dancing judge Craig Revel Horwood said he "hated it" when he could not appear on the programme last weekend because of a positive Covid test.

The judge was absent from the panel for musical week on November 20 and 21, when he was replaced by Cynthia Erivo.

Speaking to Hello! magazine Horwood said: "My work ethic is, unless you're dead you go on stage and Dr Footlights takes care of the rest.

"Even when I had my hip replaced, I was back at work on the Saturday. So I just hated it when they said I couldn’t go in."

Horwood predicted who will make it to the final of the show, after former Great British Bake Off star John Whaite topped the leaderboard on Saturday.

He said he would choose Whaite and partner Johannes Radebe, soap star Rose Ayling-Ellis and partner Giovanni Pernice and presenter AJ Odudu and Kai Widdrington as the couples who will make it to the final three.

He said: "If I was choosing, that’s who it would be.

"The standard has been so high this year, though – we’ve never had dancing like it.

"And there’s been no joke act – no Ann Widdecombe or John Sergeant – it’s been fair and square and tough competition.

"And the closer they get to the end, the more competitive they’re all becoming because they can see themselves holding that Glitterball – and with that always comes offers for new shows. So there’s a lot at stake really and they’re all hungry for it."

Revel Horwood is also making a bid for Christmas number one with his friend Rietta Austin with their single, It’s Christmas, Merry Christmas.

He said: "We were going to do it last year, but there was too much competition … I mean, no-one can beat Mariah darling, but Ed Sheeran and Sir Elton John? We figured that was easy."

Strictly Come Dancing is on Saturday and Sunday nights on BBC One. 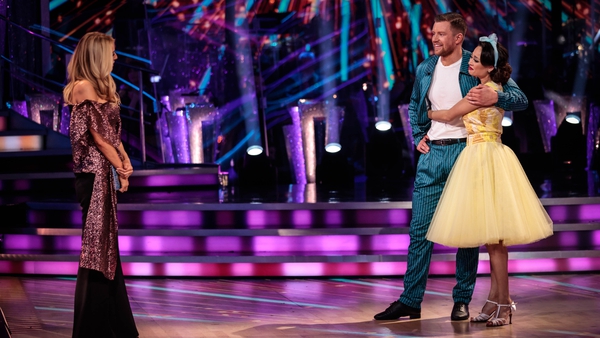