Barry Humphries congratulated Dermot O'Leary on his "bravery" in coming out, mistaking him for Phillip Schofield on British chat show This Morning.

Can guarantee this conversation doesn't go the way you'd expect it to 😂 pic.twitter.com/64PLpMq77e

TV Presenter Alison Hammond could not hide her amusement when comedian Humphries mistook co-host O’Leary for Schofield, who came out as gay in February last year.

Talking about his "very good memory", Humphries, known better as Dame Edna Everage, told the former X Factor presenter: "Incidentally, I want to congratulate you seriously on your courage last year when he came out and told us about his sexuality, because I think a lot of people respected you for that."

O’Leary, 48, said: "Thank you. I will pass that on to the gentleman who is here from Monday to Thursday. Thank you for your kind comments."

Misunderstanding, 87-year-old Humphries added: "No, your bravery was amazing."

Later in the interview, when Humphries was speaking about his painting, he said to O’Leary: "You’ve discovered your path, you’ve told us all about it.

"I have never said this in public, but I have very low self-esteem and my artwork boosts it. Another thing that boosts it is massive applause or laughter."

At the end of the interview, O’Leary added: "Thank you for liberating me again." 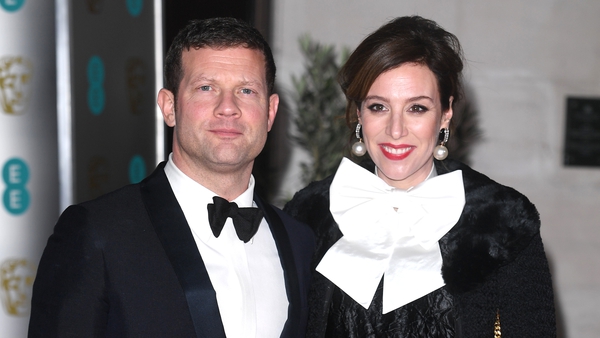