US singer Kanye West has said he spends every day thinking "how I (can) get my family back together" and admitted he "embarrassed" wife Kim Kardashian with his run for president.

In a lengthy Thanksgiving prayer shared on Instagram the Ultralight Beam singer set out his faults.

Kardashian filed for divorce from West in February, citing irreconcilable differences, but the musician refers to her repeatedly as his "wife" throughout the five-minute monologue.

West (Ye) reveals the prayer was written on his way from taking son Saint to his first football game, describing his son as his "mini-me" who is a mix of his two "favourite things – me and my wife's face".

"All I think about every day is how I get my family back together and how I heal the pain that I’ve caused. I take accountability for my actions." He adds.

"The one thing that all my successes and failures have in common is me.

"Let’s start with A, alcohol. I would drink to take the stress away, to knock the edge off. Drinking affected my health and the health of people around me. Because I already had a hair trigger temper and this just heightened it.

"B, episodes. I went into a manic episode in 2016 and I was placed under heavy medication. Since then I went on and off the medication which left me susceptible to other episodes which my wife and family and fans have had to endure."

West also admits to having an "overbearing" ego and a temper that "did not help me keep my family together."

He also reflects on his doomed bid for the White House and his support of Donald Trump, saying: "Good lord, my wife did not like me wearing the red hat.

"Then I ran for president without proper preparation and no allies on either side. I embarrassed my wife in the way that I presented information about our family during the one and, thank god, only press conference."

"This Thanksgiving, I am thankful for the family that my wife has given me.

Kardashian is rumoured to be involved with comedian Pete Davidson. 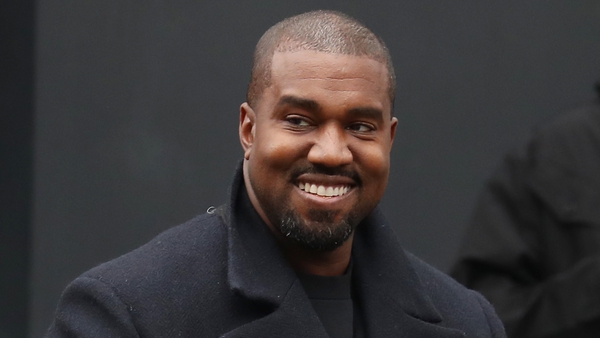