Sharon Corr has described her latest solo album as a "rebirth" that emerged from a "total renaissance" in her life.

The 51-year-old singer and violinist, who found fame with her siblings Andrea, Caroline and Jim in Irish folk-rock band The Corrs, said she remained a "romantic" despite the events leading up to the album.

The end of her 18-year marriage to barrister Gavin Bonnar, with whom she shares two children, influenced songs on The Fool And The Scorpion, including the title track.

She told the PA news agency: "With my friends I'm super-patient, extremely loving, very sensitive sometimes – I get the music from that. But when I turn that’s it. I’m done.

"This album is about rebirth. This album, for me, the beginning of it, I almost knew that it was like a total renaissance in my life. And I was changing my life for the better no matter how hard it was." 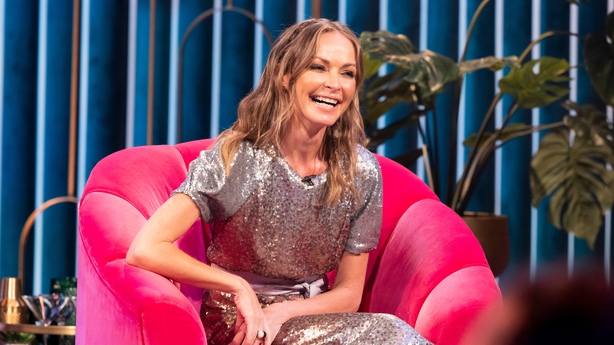 Corr added: "I’m a real romantic and I always will be, no matter what happens for me you’re not going to take that away from me.

"The thing is that no matter what you’re going through, I think one of the biggest challenges is to keep your heart open.

"Because things can put you off and make you very guarded and you can bring negative baggage into a situation where it really isn’t happening or it’s not appropriate.

"You have to watch yourself from all levels. Keep your heart open but keep your instincts up. And I managed to do that (on this album)."

Corr also criticised US pop star Miley Cyrus over her 2013 music video for the song Wrecking Ball, which featured her wearing nothing but a pair of boots, swinging on a wrecking ball while singing about a failed relationship.

Speaking about the progress female musicians have made towards equality, Corr said: "I think we got caught a little bit for a while in the idea of over-sexualising stuff. And I don’t think that benefited.

"I don’t think it is of benefit to see somebody on a wrecking ball naked. Hats off to the girl and she’s a lovely singer and a true talent, and possibly pushed into it by some suits who thought, 'Well, we need to do something shocking’.

"That is like going to McDonald’s to get fed. OK, so it is super tasty. But the thing is it bypasses the music. And that’s where it suffers. Because that was actually a really good song. But I think that is very much getting recalibrated now."