The father of Amy Winehouse has said a new exhibition exploring the creative legacy of his late daughter will highlight the "positive" aspects of her life and "dispel" the negative narratives surrounding her.

Amy: Beyond the Stage at London's Design Museum is the first major retrospective of the British soul singer and marks 10 years since her death.

It explores her emergence as a musical artist in north London, her unique fashion sense and her stage presence through archive photographs, outfits, video footage and more.

Speaking at the opening, Mitch Winehouse told the PA news agency: "Everything in the past has been about the negative side of Amy. You never get to see or hear about her positiveness and all the great things that she did.

"This exhibition dispels all of that and basically relegates it over there somewhere. This is positive, it is wonderful, it is immersive, it is colourful, it is informative. "I have got to say, if it wasn't my daughter I would say it anyway - this is one of the best exhibitions that I have been to, and I go to a lot of exhibitions. It is absolutely superb."

Amy Winehouse, known for songs including Back to Black and Rehab, died of alcohol poisoning, aged 27, at her home in Camden, north London, on 23 July 2011.

The singer's parents subsequently set up a foundation in her memory, which helps young people suffering with addiction. 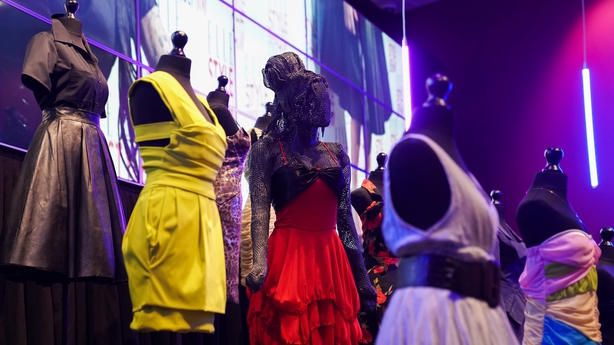 Former taxi driver and jazz singer Mitch Winehouse said the exhibition "proves how enduring Amy is and how much people still love her".

He added: "We know tonnes of people are still buying her albums. We have got a movie coming out next year, hopefully a Broadway show in 2025.

"So everyone is very excited, everybody still wants to talk about Amy, but they don't want to dwell on the bad stuff. They want to hear what Amy was like as a child. They want to understand how she got to be what she was.

"I have got to understand it because I don't even really understand how she got from there to there - and I am her dad and I was there.

"She would be doing a lot of stuff in her bedroom behind the door. She came on holiday with us. I could hear her playing chords to what would become Back to Black. Then, all of a sudden, there is Back to Black."

Amy: Beyond the Stage opens at London's Design Museum on Friday, 26 November.