Drogheda indie-rock trio modernlove. have released their new single, Us. We asked them the BIG questions . . .

Us follows the success of their recently released EP Monochrome Blue, which featured the singles Liquorice, 2 Missed Calls and lmk (if you wanna see me).

Speaking about the new track, the band said, "Us is actually the first tune we ever wrote together. It's such a raw song in every sense of the word: the energy, the lyrics, the production.

"It’s the blueprint for how we write music as a band. Once we wrote that song something clicked with us. There’s something weirdly romantic about it even though it’s a break-up tune, it’s hopeful and uplifting.

"That push and pull is something that has come to define our teens and early twenties, and we just love the idea of a raucous crowd singing along even though it’s a sad song." 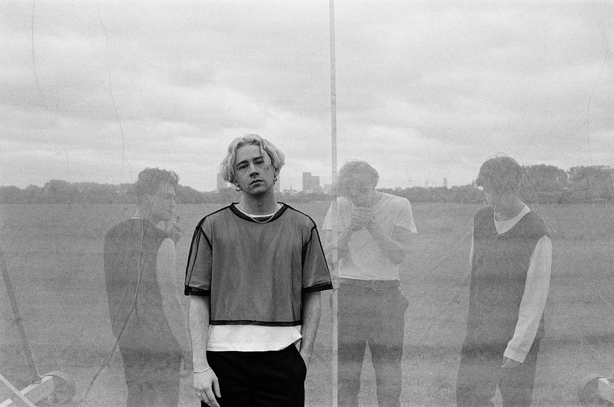 We once got kicked out of our gig for throwing salami at each other. Safe to say we learnt a valuable lesson.

Our guitarist, Graham, used to compete in karate tournaments, so don't mess with us.

Our rehearsal room used to be an old strip club and is now believed to be haunted.

We'd describe our music as songs about love with a musical backdrop that makes you want to dance. We wouldn’t want to be too defined by genres as we have a nice bit of diversity in our songs, particularly in our unreleased material!

We have quite a wealth of different musical inspirations across the different members of the band. We all love Prince and Michael Jackson along with more indie bands like Bombay Bicycle Club. Production wise we’re into what James Blake and Jon Hopkins have been releasing.

Similarly, with Cian my first was green day and they’re album American Idiot was probably the first album I ever bought as a kid - Danny.

Looking for You - Ev Carm.

'Woah, woah Livin on a prayer' by Bon Jovi. Rings true every time...

Probably a really long song that wouldn’t bore me too quickly, maybe Come Down to Us by Burial – Danny.

You can find our music on all streaming platforms (Spotify, Apple Music, deezer etc). You can find out more of us on Instagram and TikTok @modernlove_band.