Rod Stewart has announced he will be returning to Dublin and Belfast for concerts next year as part of his The Tears Of Hercules tour.

The multi-award-winning singer has added dates to his global tour in 2022 and will play Dublin's 3Arena on 18 November and the SSE Arena in Belfast on 20 December.

Tickets for the Dublin and Belfast shows go on general sale on Monday, 15 November 2021 at 9.00am.

He is also set to release his 31st studio album, Tears Of Hercules, this Friday.

On this album, Stewart has dedicated a song to his father called Touchline paying tribute for nurturing a love of football in him, his brothers and grandsons.

Sharing news of his latest album with his followers on Twitter, Stewart said: "I've never said this before about any previous efforts, but I believe this is by far my best album in many a year."

My new album, THE TEARS OF HERCULES will be available on CD, vinyl & digitally on Nov 12th.

I've never said this before about any previous efforts, but I believe this is by far my best album in many a year.

Stewart last played in Ireland in 2019 with two sold-out shows at Dublin's 3Arena.

the same year, Stewart topped the Irish album charts with his retrospective collection, You're In My Heart, which was recorded with the Royal Philharmonic Orchestra and featured reworkings of his biggest hits.

Meanwhile, Elton John has announced that extra tickets will be available for his concert which is taking place at Páirc Uí Chaoimh in Cork on Friday, 1 July 2022. 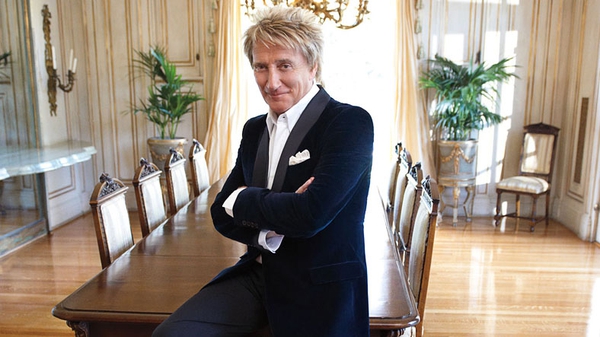