Jennifer Aniston has marked the death of Friends co-star James Michael Tyler by saying the show "would not have been the same" without him.

The 59-year-old died at his home in Los Angeles on Sunday after being diagnosed with prostate cancer, his representatives said.

The star was loved by millions of fans for his portrayal of Gunther, the quirky manager of coffee shop Central Perk who possessed a head of bleached hair and an unrequited love for Aniston’s Rachel.

Aniston shared an Instagram post which included a photo of Tyler from the set and a clip of the pair in the final episode as Gunther declares his love for Rachel before being let down gently. 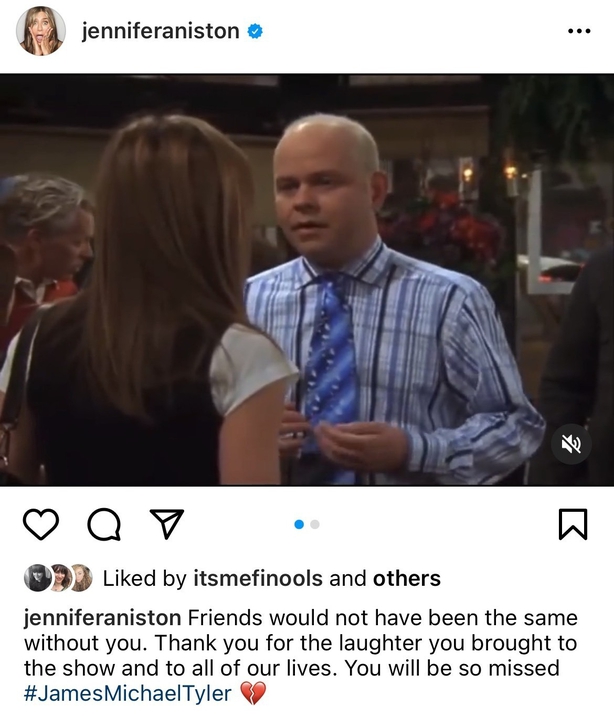 "Friends would not have been the same without you," the 52-year-old wrote in the post’s caption.

"Thank you for the laughter you brought to the show and to all of our lives. You will be so missed."

Co-star Courteney Cox posted the same photo of Tyler in a pink-striped collared shirt and tie to express her "gratitude" to her former co-star.

Cox wrote: "The size of gratitude you brought into the room and showed every day on set is the size of the gratitude I hold for having known you. 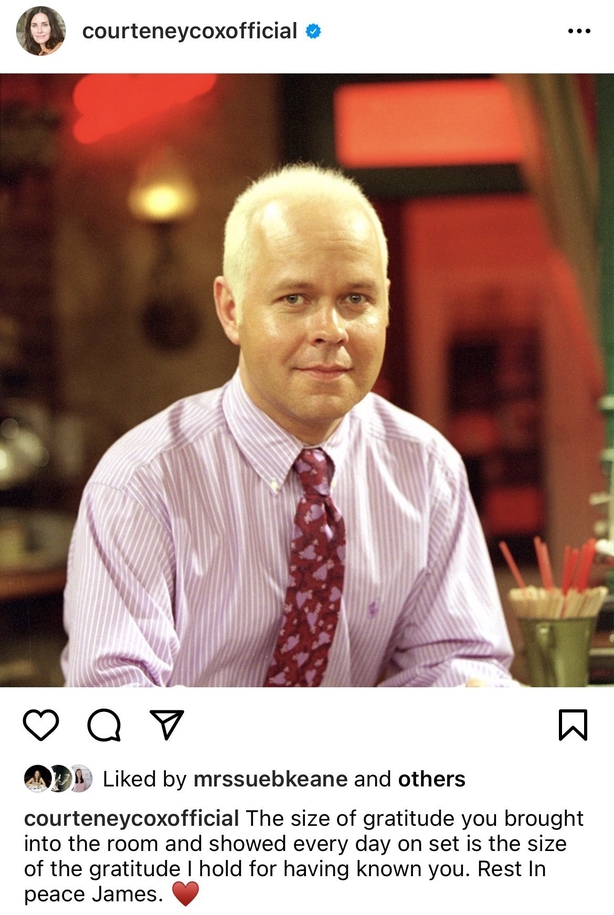 Matt LeBlanc shared the same photo of Tyler as his co-stars, while the actor led with a still of the pair either side of Central Perk’s counter.

"We had a lot of laughs buddy," LeBlanc wrote in the Instagram post’s caption.

"You will be missed. RIP my friend." 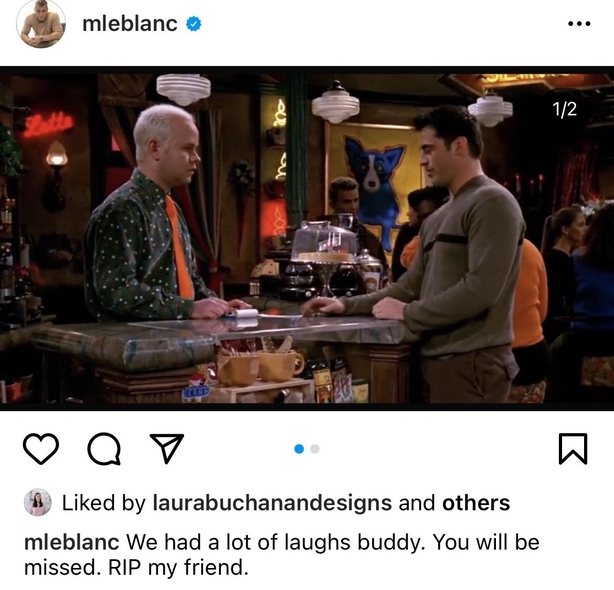 Actress Lisa Kudrow, who played Phoebe, wrote on Instagram: "James Michael Tyler, we will miss you. Thank you for being there for us all. #jamesmichealtyler".

Tyler revealed in June that he had prostate cancer, telling a US TV show he was diagnosed with an advanced form of the disease in 2018 which had spread to his bones.

In a statement announcing his death, Tyler’s representatives said: "The world knew him as Gunther (the seventh 'Friend’), from the hit series Friends, but Michael’s loved ones knew him as an actor, musician, cancer-awareness advocate, and loving husband.

"Michael loved live music, cheering on his Clemson Tigers, and would often find himself in fun and unplanned adventures.

"If you met him once you made a friend for life."

David Schwimmer, who played Ross Geller, joined his former co-stars in paying tribute to Tyler in a post on Instagram.

The actor wrote: "James, thank you for playing such a wonderful, unforgettable role in Friends and for being such a big hearted gentleman and all around mensch off screen. You will be missed, buddy. #JamesMichaelTyler."

Tyler was dubbed by many fans as the "seventh Friend" due to his ubiquity on the series.

The official Friends Twitter account said: "Warner Bros Television mourns the loss of James Michael Tyler, a beloved actor and integral part of our FRIENDS family. Our thoughts are with his family, friends, colleagues and fans."

Warner Bros. Television mourns the loss of James Michael Tyler, a beloved actor and integral part of our FRIENDS family. Our thoughts are with his family, friends, colleagues and fans. ❤️☕️ pic.twitter.com/9coGnT5BHz

In 2021, Tyler’s spoken word performance of Stephen Kalinich’s poem If You Knew was adapted into a short video to raise awareness for the Prostate Cancer Foundation.

Tyler is survived by his wife, Jennifer Carno.