Netflix has been urged to pull Dave Chappelle's latest stand-up special over jokes that are allegedly discriminatory against transgender people.

In his show, The Closer, Chappelle backs Jk Rowling and said "gender is a fact".

The Harry Potter author attracted strong criticism for statements about the concept of biological sex.

Chappelle said he is "team TERF" – the acronym for trans-exclusionary radical feminist.

"Negative reviews and viewers loudly condemning his latest special is a message to the industry that audiences don’t support platforming anti-LGBTQ diatribes. We agree."

Dave Chappelle's brand has become synonymous with ridiculing trans people and other marginalized communities. Negative reviews and viewers loudly condemning his latest special is a message to the industry that audiences don't support platforming anti-LGBTQ diatribes. We agree. https://t.co/yOIyT54819

The National Black Justice Coalition was also critical of the special and demanded Netflix pull it from the platform.

"It is deeply disappointing that Netflix allowed Dave Chappelle's lazy and hostile transphobia and homophobia to air on its platform." -David J. Johns

Read the full article on his special with the link https://t.co/v9TxhENZbE pic.twitter.com/aZJcx39cLy

The coalition’s executive director David Johns said: "With 2021 on track to be the deadliest year on record for transgender people in the United States – the majority of whom are Black transgender people – Netflix should know better. Perpetuating transphobia perpetuates violence.

"Netflix should immediately pull The Closer from its platform and directly apologise to the transgender community."

This is not the first time Chappelle, widely considered one of the greatest stand-up comics of all time, has been accused of transphobia.

His previous Netflix specials included jokes about Caitlyn Jenner and the trans community.

The Closer marks Chappelle’s sixth special with the streaming giant after he signed a multi-million dollar deal in 2016. 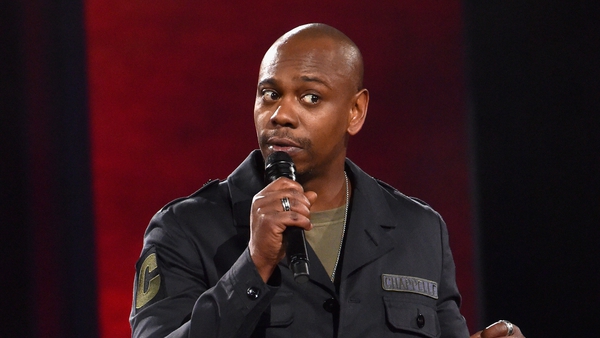