Songs by The Cranberries, R.E.M., U2, Phil Lynott, and Westlife will feature on a new limited-edition vinyl only album of acts who have recorded at Dublin's famous studio Windmill Lane Recording Studios.

The Corrs, Gabrielle, Simple Minds, Elvis Costello, and Wet Wet Wet also feature on the album, which is being released in association with Universal Music Ireland on Friday, October 29, priced €33.00.

Speaking about the vinyl CEO of Windmill Lane Studios, Naomi Moore said: "When we took over Windmill Lane Recording Studios in 2009, we not only acquired a business, but we also inherited the most iconic facility of music creation in Ireland.

"We were determined to nurture and celebrate its history, its outstanding creative output, and its influence on the world stage.

"As we continue to work with leading and developing acts, we aim to celebrate and commit to vinyl, the talent that enters our famous green doors for another 40 years.

"Put simply, this album will bring you back, pick you up and reaffirm your love for great tunes. We are so proud, delighted, and privileged to share it with you."

Nick Younger of Universal Music Ireland said: "When Naomi and Aidan approached us with this idea, we jumped at the chance to partner with them.

"Few studios in the world can compare to the incredible list of artists and producers who have recorded in Windmill Lane. With the very rich catalogue and the new talented artists recording in the studios today, I've no doubt that this will be the first volume of many."

Side A: Mysterious Ways - U2, Imitation Of Life - R.E.M., Zombie - The Cranberries, All This Useless Beauty - Elvis Costello, Old Town - Phil Lynott.

Side B: World Of Our Own - Westlife, Breathless - The Corrs, When A Woman - Gabrielle, She’s A River - Simple Minds, Julia Says - Wet Wet Wet.

Windmill Lane was originally opened in 1978 by recording engineer Brian Masterson on Dublin's quays, before relocating to its current location on Ringsend Road.

The studios have been most associated with U2 and was formerly a place of pilgrimage for the band's fans, who created the famous U2 graffiti wall outside the original building. 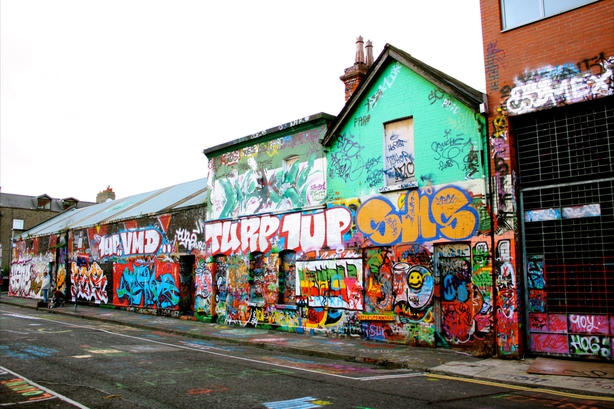