007 star Daniel Craig told Ryan Tubridy on Friday's Late Late Show that he is thinking about retiring to Ireland.

As the English actor prepares to say goodbye to the role of James Bond with the release of No Time to Die in cinemas next week, Craig was asked by the host if he would think about a break in Ireland, given that he will have some more time on his hands.

"Yes," Craig replied. "I mean, I love Ireland. I think I want to retire to Ireland if they will have me [laughs]." 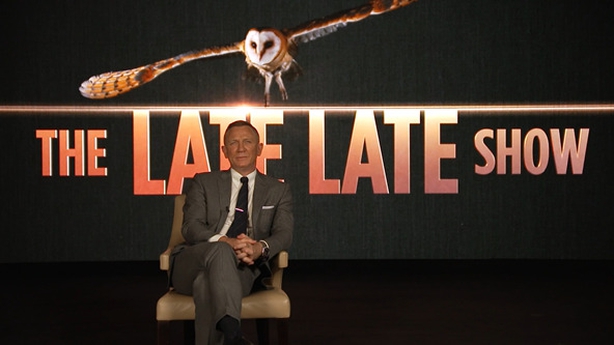 When asked how he feels about saying goodbye to Bond, Craig answered: "I feel very happy and grateful to be given a chance to make this last one and also very grateful for the fact that we managed finally to get it to cinemas and it not go elsewhere.

"Obviously, a lot has happened over the past year and a bit, and this is so low down the list of priorities, but it was just the hope that we would manage to get it into the cinemas and here we are - we got a premiere and everything. So, I am just... I am very excited about all of that." 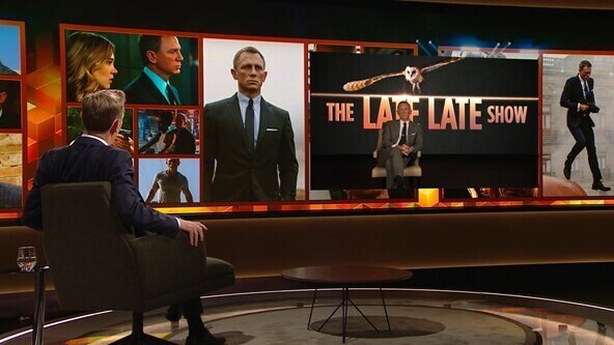 "I was worried that I would kind of get sick of it and I never did, no," he said of taking on the iconic role.

"As long as there was somewhere we could take it and we could sort of go somewhere new and there was always something fresh to do then I was happy, I was very happy with it.

"It's odd, I have never played a role over and over and over again. I think it really snapped into focus in this film that it is a character I play... and who it is, and I won’t ever do that again. I suppose that is quite moving, that makes me quite emotional, yes."

"It's a character I play...and I won't ever do that again and it makes me quite emotional."
Daniel Craig chats to Ryan ahead of the release of #NoTimeToDie next week. 💣#LateLate @RTELateLateShow pic.twitter.com/2iJq7wcQNq

Craig paid tribute to Irish 007 star Pierce Brosnan for the advice he gave him before taking on the role.

"I spoke to Pierce early on and he was such a gentleman and so encouraging and just, you know, he just said, 'Get on with it. Just, you know, enjoy the ride'."

"They are not for me; they are for the audience, and I want as many people to go and see them as possible and part of that is me sitting and talking to lovely people like you and saying, 'Go see my movie'."

No Time to Die is in cinemas from 30 September.