Ahead of the release of new concert film Oasis Knebworth 1996 this Thursday, Oasis have released an unseen version of Champagne Supernova featuring a guest appearance by Stone Roses guitarist John Squire.

Taken from the second night of the band's two Knebworth shows, Oasis are joined on stage by Squire for a seven-minute version of the hit song.

The new clip hears Noel Gallagher’s view on the moment some fans say signified the passing of the baton from The Stone Roses to Oasis.

Directed by Grammy Award-nominee Jake Scott, the film’s official press release says, "Oasis Knebworth 1996 celebrates the story of the special relationship between Oasis and their fans that made the largest concert of the '90’s possible.

"It is a story told entirely in the moment through the eyes of the fans who were there, built around extensive and never before seen archive concert and backstage footage from the event, with additional interviews with the band and concert organisers"

An Oasis Knebworth 1996 live album and DVD/Blu-ray will be released on November 19 via Big Brother Recordings Ltd. 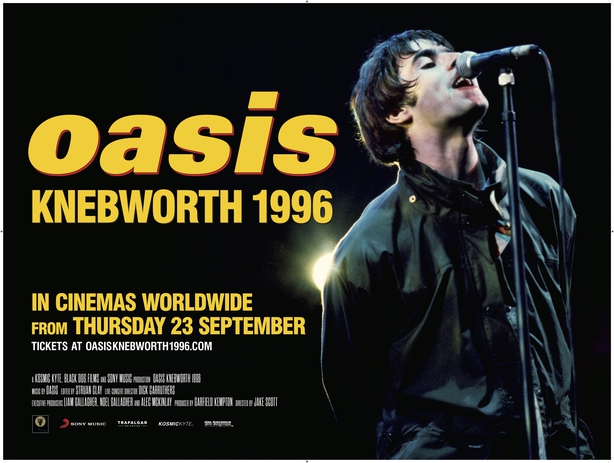 The band’s two record-breaking nights at Knebworth took place on August 10 and 11 1996, with over a quarter of a million young music fans from all over the world converging on Knebworth Park, Hertfordshire in the UK.