Ahead of his Saturday night presenting gig, we caught up with Niall Breslin to chat about his pre-show nerves, reflections on the pandemic, what drives him and the long journey to buy his first home.

Niall Breslin may have plenty of experience in TV, with five seasons on The Voice of Ireland under his belt, but he was still nervous ahead of hosting Soundtrack to My Life, a music and chat show airing on Saturday nights on RTÉ One.

"It's my first job presenting and I was sh***** it to be perfectly honest," he said in typically frank fashion.

He is fronting three episodes of the interview-based music show, kicking off on Saturday night with Eurovision legend Johnny Logan. Singer-songwriter James Vincent McMorrow and famed soprano Celine Byrne will feature in the coming weeks.

For Breslin, better known as his moniker Bressie, the show gave him a chance to combine two of his favourite things - music and chat. It's a big change from his past experience in TV.

"I really enjoyed doing The Voice but after five years the kind of formulaic idea of entertainment television, I found difficult. When you were searching for things to say, that's not a good sign," he told RTÉ Entertainment.

"I much prefer the idea of something like this which is a bit more interview-based, it’s up to you to have the chat and what you want to talk about. I’m immensely interested in people, I always have been, with the podcasts I interview people week in week out.

"I really enjoy just shutting up for a few minutes and listening to people talk."

He relished the opportunity to delve a little deeper into the people behind the music. "Johnny is a son, he's a father, he’s a human being as much as he’s a Eurovision icon," Breslin explained.

They didn't shy away from the tough reality for musicians in the past 18 months. "In some of the episodes, it got quite emotional. People have had a really difficult time, especially musicians," he shared.

Seeing these artists performing again with accompaniment from the "on fire" RTÉ Concert Orchestra gave him "goosebumps".

"When they actually get an opportunity to perform at any level, whether it's with an orchestra, whether it’s on a stage, it’s quite overwhelming," he said.

"Getting to perform is a privilege for an artist at any level and when it’s taken away from you, it’s really difficult."

"The Taoiseach said the GAA is the heartbeat of the country, which I agree with, but arts is the soul," he said.

"What we need to do as an industry is to make damn sure this never happens to us again and we need to find a way to become a real collective unit across the board – events, arts, music, everything and stand together."

While Bressie has had a busy pandemic, launching his award-winning weekly podcast Where Is My Mind? and recording new music with The Blizzards, he also allowed himself days to just do nothing.

"It’s really how you respond to things that ultimately defines how it went. I responded very well to them, I let myself have the days where I just didn’t want to do anything. I expected them, and when they happened I didn’t fight them and I think that is what got me through it."

Bressie saw "glimmers of humanity" throughout the pandemic and said it "kind of levelled the playing field for everybody."

"We all felt vulnerable and there's a real shared humanity in that that I connected with a lot. I just hope to God we don’t lose it. I hope we don’t just go and try to catch up," he said.

"The world for me is moving too fast, it’s moving too fast for everyone, I couldn’t keep up. Then I realised I don’t need to keep up with every aspect of the modern world.

"If you ever look at The New York Times bestseller lists it’s always about 'how to be a champion', 'how to be more productive', for f*** sakes, where’s the book about sitting on your hole and doing nothing and not feeling guilty about it?

"That’s the book that I want to read because that’s a real skill. We all need to understand that we can be ambitious, we can be driven, we can succeed, but that can’t be the only thing, it cannot be the only part of our life.

"We need part of our life to be where we connect with those we love, no need to do anything."

From the outside looking in, he looks like one of the busiest people on the planet. He recently ran two marathons in one day and then played a gig that night.

He pointed out: "What people don't see online is when I do take those days when I just stop. Everything stops and nothing matters except stopping.

"What I do have is a lot of energy and I need to use that energy, I need to burn it off, otherwise it just goes internally and I lose my mind.

"An awful lot of people who have experienced a difficult journey with anxiety will tell you, it's like an internal energy that doesn't go off so you need to find a place to focus it and find things to focus it on and release it a little bit."

He shared his secret to surviving and thriving throughout this "absolute s*** show".

Bressie moved home with his parents to Mullingar at the start of the pandemic. Cocooning with them allowed him to hoard away enough money to put down a deposit on his first house after eight years of saving.

He says the process was "immensely difficult".

"To own a home is a hard thing, but it shouldn’t be this hard. We know the issues we have with the housing crisis. We’ve created a society where it’s just immensely difficult [to buy a house]. I don’t know how I did it.

"I can’t say it’s been enjoyable to get to that place but I’m delighted I got there and I really value it. I was paying rent for 20 years and I was watching where rents were going, continuing to climb. It’s not normal. I lived in London for five years where the rent was cheaper than it is in Dublin, that does not make sense.

"It’s bad policy that’s got us to this place. Considering we came out of a recession and a housing crash, we should be pretty ashamed of ourselves politically for finding ourselves back in this situation so quickly."

He's currently busy renovating his house as it's so hard to find tradespeople to take on the work. Despite the strain of learning new skills and finding time to fit it all in, he is taking it all in his stride.

"It’s all part of the journey, it’s not stress I can’t handle. I wish I had more time but I kind of enjoy it, if I’m being honest with you," he shared.

"The stress was trying to get there and for the first time in 20 years I feel anchored. I feel like I have a place that I live in and I can do up. I’m certainly not going to complain about it."

Soundtrack to My Life, presented by Niall Breslin, begins on RTÉ One and RTÉ Player on Saturday September 18 at 9:50pm. 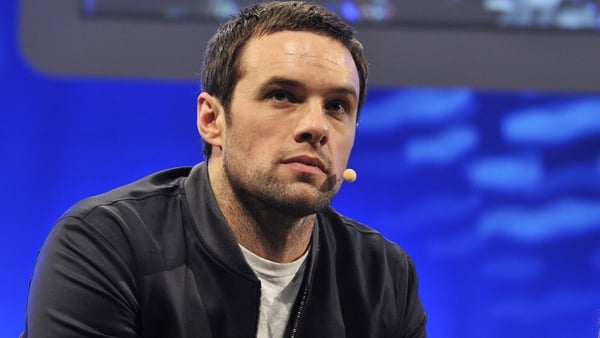 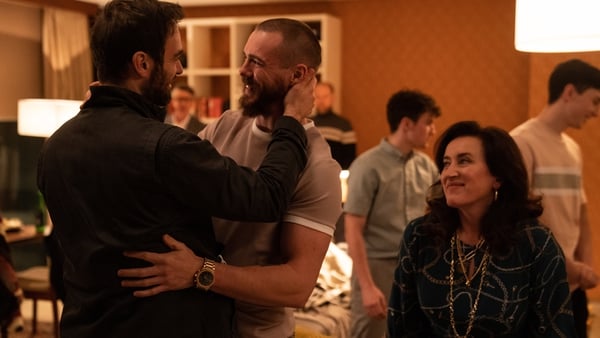