Fair City's villain Will Casey finally met his end in Thursday night's disturbing episode, with actor John Cronin saying it was "his own big mouth that got him killed".

It's been a long road for Will since he was found not guilty of assault causing harm and false imprisonment. He's fought to keep his head above water, manipulating Hughie, taking advantage of Bosco, borrowing money from Ger and attacking Hayley. It was never going to end well.

Actor John Cronin speaks about playing the soap's baddie, his favourite storylines and how Will inadvertently brought about his own demise.

What has it been like to play Fair City's baddie Will Casey?
It's been a lot of fun. Playing the villain always is. Of course there have been times, particularly in the domestic abuse storyline, when the material got quite dark, but the actors were always able to pull together and help each other through. And mostly the storylines I've had with so many twists and turns and trickery have been really enjoyable to film. And knowing that Will was getting such a strong reaction from the viewers only made it more fun. 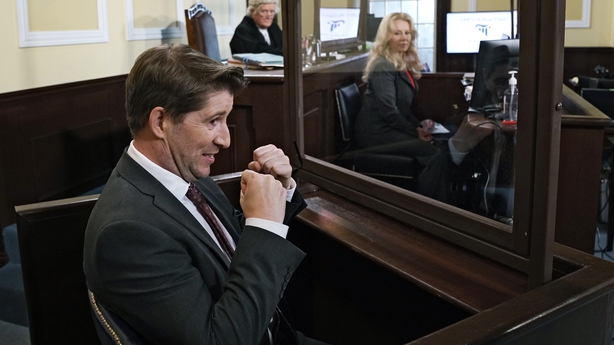 He was found not guilty of domestic abuse and false imprisonment, he was really just on borrowed time wasn't he?
I think so. I think that it made for some really good storylines that Will was acquitted and tried to rehabilitate himself, but at the end of the day there has to be justice. It didn't come in a court of law in this instance, it came in the community as Will was not allowed to shake off his past and was isolated personally and professionally. Will's refusal to acknowledge any mistake and to atone and learn from it meant that he could never get a fresh start and in the end it's all of his own faults and his own lies that catch up to him. Karma's a bitch!!

Will was confident as ever when Lee showed up, did it ever enter his mind that Ger might have him killed?
Will's overconfidence often trips him up and in this case it proves to be his fatal flaw. He always thinks he's smarter than everyone and that he will be able to manipulate/intimidate/talk his way out of any scrape. He has too much contempt for Ger and the lads to be afraid of them. He doesn't think that Ger would have him killed and he is right because that's not the intention. It's his own big mouth that gets him killed in that he winds Lee up to the point that he loses control. You could say that Will died doing what he loved, insulting people. 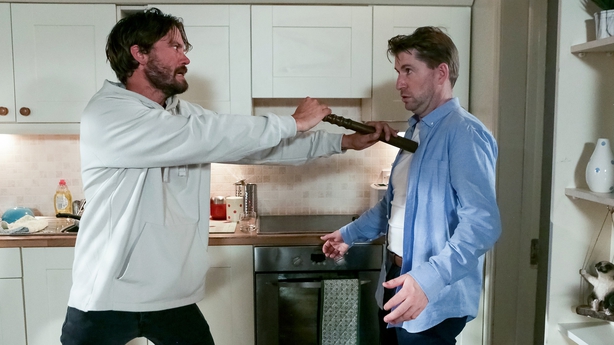 Are you sad to see the end of Will Casey?
Of course. I've enjoyed playing the character and I had to find things to like in Will even if nobody else could! I'm sad for him that he didn't achieve any redemption but at the end of the day he didn't do enough to deserve it! And I do believe that as a soap/TV character he has had a fantastic journey and it has been a great storyline to go out on.

What has been your favourite moment in the life of Will Casey?
Very hard to say. There's been barnstorming rows with Mairead and epic battles with Damien which have been brilliant then there's been great times spent with Phoebe when it was her and Will against the world and of course happier times in the early days with Cristiano before the darkness took over. I don't think I can pick one...

Do you think Will's family, and Cris will feel remorseful for his death?
I don't think so. I hope not. I think they all tried their best at different times with Will and they all showed a willingness to forgive him. They gave him chance after chance. All of the demons that brought Will down came from within himself. I don't think there's much that his family or Cris could have done differently that would have saved him and at the end of the day they all had to make the decision to step away and protect themselves from his chaos. 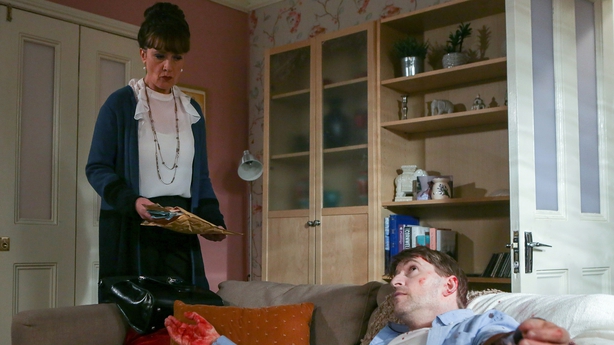 Mairead didn't answer his call. She and Phoebe will be free of him and his manipulative behaviour, what impact will Will's death have on them?
Well it will certainly make Mairead's life easier. Will had never really allowed her to move on and never accepted her new life with Damien. She will be sad I'm sure as she is a good person and did love Will at one time but I think she had left those feelings far behind and will see things now more as a Mum in terms of Phoebe's welfare. Sad to say that Phoebe too is probably better off without him in the long run because he had certainly damaged her by dragging her into his conflicts. It will of course be very difficult for Phoebe to come to terms with Will's death in the short term but she will have good support and in time she will be okay.

Bosco and Hughie looked out for Will in the last few weeks, became confidants and knew of his moneylending problems. Will they feel guilt for not helping him or with how Ger left the scene, will they think he was an alcoholic all along?
Will told so many different lies to so many different people that its very hard to know if they can all be unravelled after his death for people to figure out the truth. It's ironic that his lies about being an alcoholic might end up providing the explanation for his death! Again Hughie and Bosco should have no feelings of guilt as they were great friends to Will when everyone else had abandoned him but he has left behind such a legacy of confusion that its hard to know how anybody will feel in the aftermath.