Colin Farrell talks about his new BBC Drama The North Water, which is coming to screens on Friday, September 10.

As illustrations of raw physicality and sheer barbarity go, forthcoming BBC Two drama The North Water is a fine depiction.

Directed by Bafta-nominated Andrew Haigh and starring Skins' Jack O’Connell, Time’s Stephen Graham and a near-unrecognisable Colin Farrell, The North Water tells a tale of grit and survival aboard The Volunteer – a whaling vessel packed full of brutish men on course for the Arctic. 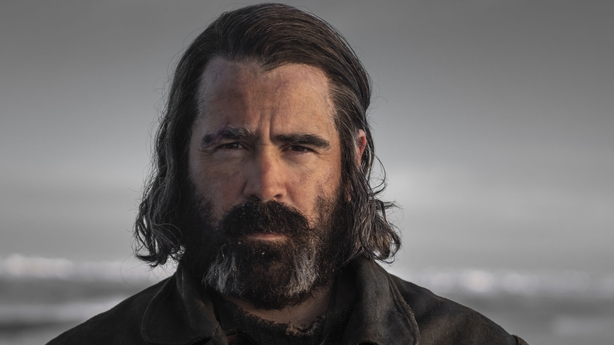 An adaptation of Ian McGuire's dark and captivating novel, the five-part series showcases the most heinous of human behaviour.

Stepping into the shoes of Henry Drax – a goliath of a man renowned for his harpooning skills – Farrell's character serves alongside the ship's doctor (O'Connell) under the supervision of Captain Brownlee (Graham) – a man with vested interests.

With Farrell committing to rowing across Arctic waters without gloves in a bid to stay true to the authenticity of his character, we discover more about the series, physical transformation and freezing filming environment from The Lobster and Phone Booth actor.

Can you tell us a bit about your character, Drax?

He is incredibly intense to read and to play, in a joyful way, but he doesn't consider himself to be intense at all. He's just following his proclivities day to day, moment to moment, breath to breath. He's been a harpooner probably for the majority of his life, not that it's ever specified, since childhood or at the onset of his adolescence… I think that he finds a sense of purpose and a sense of meaning in life when he's on the water, when he's involved in the hunt, which more often than not culminates in the kill for him, because he's very adept at what he does. 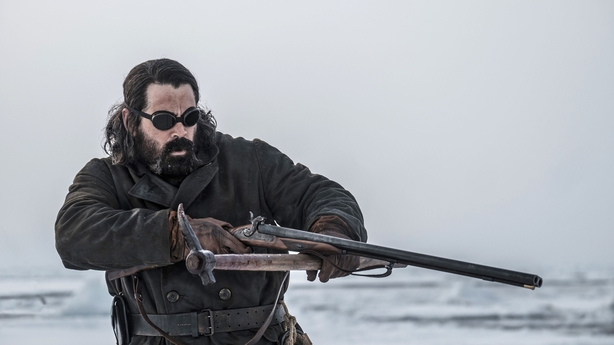 What was it about the role that appealed to you?

It feels like a very honest character, albeit one raised in cruelty, and thereby exists in a world where he acknowledges the cruelty all around him and doesn't even see it as cruelty, just that there is a natural order to things. He would be, without declaration of it, Darwinian, someone who believes in the survival of the fittest and of that being the natural order by which the world exists. More than any character that I've ever played he is a character that lives without compunction. He has no apology for anything that he says, does or feels. It's an extraordinary character to have the opportunity to play.

Can you tell us about your dramatic physical transformation?

I was saying this to Jack (O'Connell) at some stage when we were talking on the boat: it was one of two times in my life where you couldn't take off the costume. It just meant 365, you know? Twenty-four hours a day, seven days a week, however many weeks we shot. I was constantly inhabiting this physical space that was very different for me, just unusual. [Drax] carries himself with a keen awareness of that brute strength, so while I never really arrived at such brute – I mean, I did get fairly strong, but I just put on weight. I just lifted weights and ate. 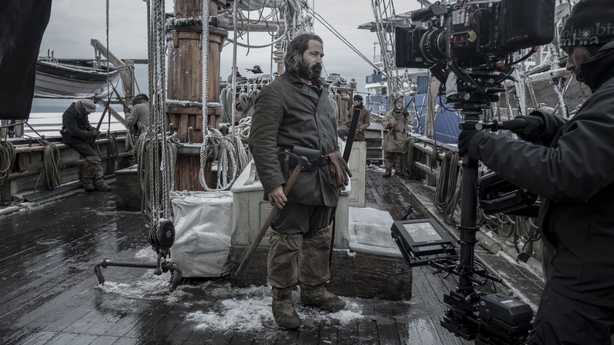 Were there any highlights whilst at sea?

The environment did so much, it instantly created a sense of tension and pressure. Your body, physiologically, is responding in a way and with an aggression that my body has never responded to the environment with before because it's never been in an environment like that. Even that, instantly, whether you like it or not, removes you from what is familiar in your reality, my reality.

There wasn't much room for rehearsal, but we had a little time to get familiar with boats and rowing. We had this collective communal experience, and then each of us had our own individual profound experience of being up in that beautiful, hostile part of the world. 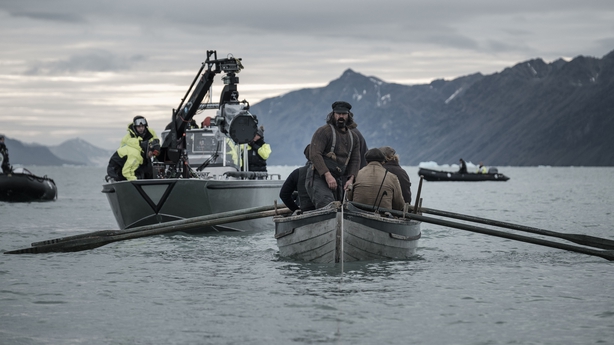 Did you ever take a plunge in Arctic waters?

I'd like to deny that I ever did it, but lovely Roland (Møeller, co-star) then decided to put it on his Instagram. That was lovely, one of those rites-of-passage things, the polar dip. God, it was cold, to state the obvious, a dip in the Arctic ocean, but it was terrifying. I only went in the once, but I think Jack O'Connell went in a couple of times. He got the bit in his teeth. I was in and out fast.

The North Water airs on BBC Two and BBC iPlayer at 9.30pm on Friday, September 10.