Max George has said his The Wanted bandmate Tom Parker is doing "amazingly well" after being diagnosed with a brain tumour.

Parker, 33, revealed in October 2020 that he had been diagnosed with a tumour that was "inoperable" and "terminal". He recently announced a charity concert at London's Royal Albert Hall in aid of Stand Up To Cancer and The National Brain appeal in the UK.

The Wanted's @MaxGeorge shares an update on former bandmate Tom Parker who was diagnosed with a brain tumour last year.

Appearing on ITV's Good Morning Britain, George, 32, said he was looking forward to sitting "front row" at the event on 20 September.

He said: "Of course, (it was) a massive shock but honestly he is doing amazingly well. Tom is a different breed of animal and he is tackling it with everything and his wife Kelsey.

"He is doing great. He has just set up a concert at the Albert Hall called Inside My Head, which is for Stand Up For Cancer. We are really looking forward to that.

"He's got some great acts on. I know Becky Hill is doing it, McFly, KSI. I will hopefully be front row there watching."

In January, Parker announced in an Instagram post that there had been a "significant reduction" in the size of the tumour and that he was "responding well to treatment".

He has been married to Kelsey Hardwick since 2018 and they welcomed their son, Bodhi, in October last year, joining their daughter, Aurelia Rose, born in 2019.

Former Strictly Come Dancing contestant George also addressed the chances of a The Wanted reunion, but suggested it would be hard to get the five members together.

He said: "I have always wanted to and they know that. I say that every time I go on radio and TV so I think they are pretty aware of that.

"If you are watching, boys: let's sort it out. I would love to, I would. But the boys are all over the world so I really don't know." 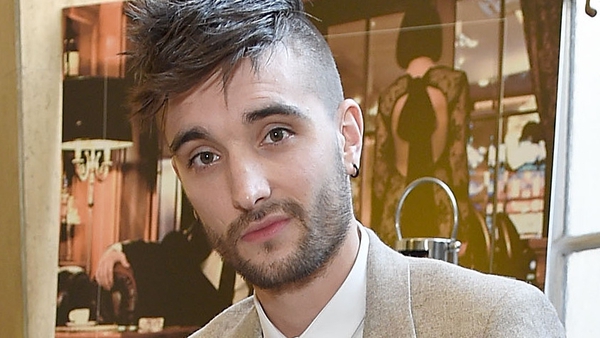