She was revealed during Friday's episode of the ITV show shortly after it was announced that Olympic swimming champion Adam Peaty will also be taking part in the 2021 series.

She said: "I think I am still in shock that I will be part of this amazing show.

"I've watched it for many years and admired the phenomenal abilities of these dancers and celebrities that have taken part and dedicated themselves to learning a new craft.

"I'm truly looking forward to pushing myself in something that I could have only dreamed of doing and now it's actually coming true!"

"I can't lie: I'm so nervous but excited at the same time!" Love added.

It was announced that Peaty is swapping swimming strokes for ballroom moves earlier on Friday on Newsbeat on BBC Radio 1.

The sports star, 26, won two golds and a silver at the Tokyo 2020 Olympics, and also made history as the first British swimmer to retain an Olympic title after claiming victory in the men's 100 metres breaststroke.

He said: "I think this will come as a surprise to a lot of people, but I'm so excited to finally share the news that I'll be joining Strictly this year.

"I'm really looking forward to doing something totally different and challenging myself away from the pool. I'm hoping my competitive nature is going to compensate for my dancing abilities!"

Love and Peaty are joining a Strictly line-up that has a few firsts, including EastEnders actress Rose Ayling-Ellis, who will be the first-ever deaf contestant to appear in the series.

We're unbelievably excited to announce that our very own @RoseAylingEllis will be joining the cast of @bbcstrictly 2021! Take a look at our exclusive interview with @EmmaBarton and Rose. Good luck from all of us at #EastEnders, Rose! pic.twitter.com/510JzRBVmE

Former Bake Off winner John Whaite will be taking to the dance floor in another first for Strictly as one half of an all-male pairing. 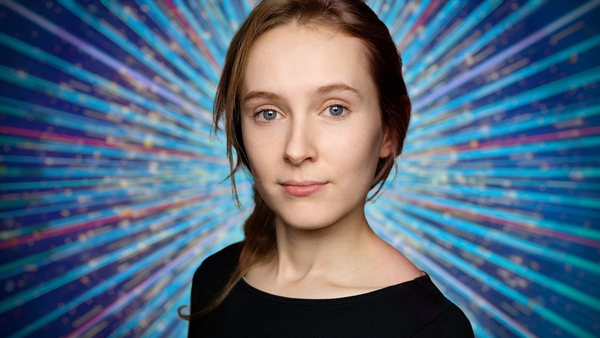