Britney Spears's father has agreed to step down from his role overseeing her finances.

Lawyers for Jamie Spears said in a court filing that while there are "no actual grounds" for his suspension or removal, he will leave the conservatorship.

The move comes after pop superstar Spears, 39, demanded her father be removed from his position, alleging the complex legal arrangement controlling her life and career was abusive.

Spears's new legal team filed a petition for Jamie Spears's suspension from the conservatorship and a judge was set to make a decision next month.

Jamie Spears's filing at the Los Angeles Superior Court said he had been the "unremitting target of unjustified attacks" but "does not believe that a public battle with his daughter over his continuing service as her conservator would be in her best interests".

It added: "So even though he must contest this unjustified petition for his removal, Mr Spears intends to work with the court and his daughter's new attorney to prepare for an orderly transition to a new conservator."

Jodi Montgomery is the conservator of the singer's personal affairs on what technically remains a temporary basis.

Mathew Rosengart, Spears's new lawyer, welcomed the news of Jamie Spears's departure and described it as "vindication" for his client.

He said in a statement: "I announced in court on July 14 that, after 13 years of the status quo, it was time for Mr Spears to be suspended or removed as conservator, and that my firm and I would move aggressively and expeditiously for that outcome.

"Twelve days later, my firm filed a petition for Mr Spears's suspension and removal based on strong, insurmountable legal grounds, which were unequivocally supported by the law and all parties involved, including Jodi Montgomery, Britney Spears and her medical team.

"We are pleased that Mr Spears and his lawyer have today conceded in a filing that he must be removed. It is vindication for Britney. We are disappointed, however, by their ongoing shameful and reprehensible attacks on Ms Spears and others."

He concluded that "Mr Spears should remain silent and step aside immediately".

Britney Spears delivered explosive courtroom testimony in June, making a series of claims about the conservatorship, including that she was being prevented from getting married and having more children.

Jamie Spears, 69, had resisted calls to stand down and this week the judge in the case denied a request from Britney Spears's legal team to bring forward a hearing on his status.

Vivian Thoreen, Jamie Spears's lawyer, has been contacted for comment.

Jamie Spears was in charge of his daughter's estate, a role he had held since 2008 after a court deemed her incapable of looking after herself following a series of mental breakdowns.

He also oversaw Britney Spears's personal affairs but stepped down from that position in 2019, citing ill health.

His departure marks the latest significant milestone in the conservatorship case, which has attracted renewed interest following the release of the documentary Framing Britney Spears earlier this year.

The film explored Spears's career and struggles under the tabloid glare, as well as her father's role in her life.

The #FreeBritney movement of supporters has long called for Jamie Spears to be ousted, accusing him of abusing his position.

His lawyers had argued there were no grounds for his dismissal and said his shrewd management of his daughter's estate saved her from financial ruin.

Britney Spears has recently stepped up her attempts to force her father's removal, which could pave the way for the conservatorship to be terminated.

She made headlines around the world following her stunning testimony on 23 June, when she emotionally told Los Angeles judge Brenda Penny the toll the conservatorship had taken on her life.

She addressed the court again a month later and demanded that her father be charged with conservatorship abuse.

She said: "My dad needs to be removed today and I will be happy with Jodi helping me."

In July, Matthew Rosengart replaced Samuel Ingham, who had been Spears's court-appointed lawyer since 2008, and promised to take a more aggressive approach.

Britney Spears previously told the court she was afraid of her father and would not return to the stage while he oversaw her career and multimillion-dollar estate.

The singer has been active on social media, sharing updates with fans and opening an often remarkable window into her thinking on the conservatorship.

After the judge denied her request to bring the hearing on her father forward this week, Spears wrote on Instagram the public "only know half" of what is going on.

Spears has not performed since 2018.

She is currently in a relationship with fitness expert and actor Sam Asghari, 27.

She was taken to hospital in January 2008 amid a custody battle with Federline and the following month Jamie Spears was granted what was at the time described as a "temporary" conservatorship for his daughter. 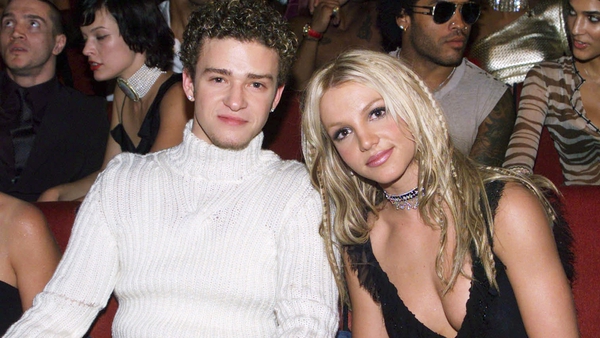