My First Ride is celebrating all the firsts that have led to the best and worst moments of our lives and each episode will feature a celebrity giving us some heartfelt and hilarious anecdotes from their lives.

In the first episode, TV star Williams spoke about her first boyfriend and revealed that they're still good friends.

She said: "My very first boyfriend, he's still a good friend of mine, Al. He was my first proper boyfriend, I was twenty at the time.

"I'd had boyfriends before but nothing really long-lasting. We were together nearly six years I think." 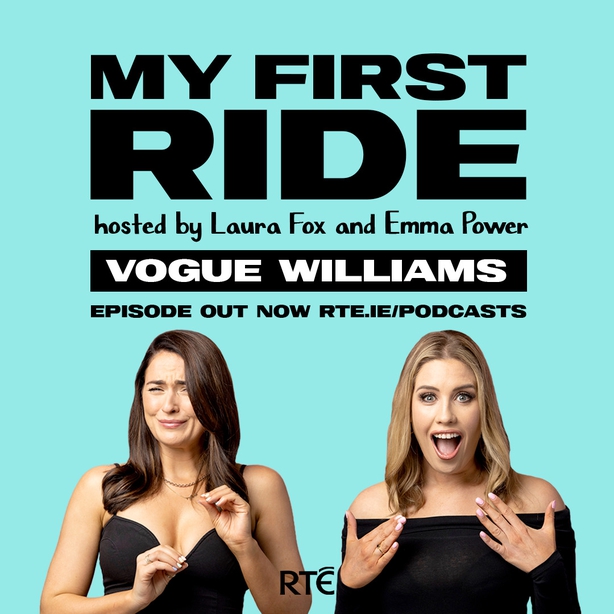 Williams continued: "With certain relationships, certainly with Al, our lives are still intertwined, he'd be one of John John's best mates and I'm still friendly with John John.

"They're like my core group of friends that I have in town so I'd speak to them a lot. With certain exes you do stay in touch, but certain people just aren't attached to everything in your life so your paths don't cross, you never see each other and that's just the way it is."

She experienced heartbreak for the first time when they split, saying: "Probably Al as well because he was my first boyfriend. Because we were together for six years, probably then. It's horrible to feel heartbroken, isn't it?

"I think I might have broken up with Al, but I don't think it's easy when you break up with someone as well."

The presenter and model also spoke about being back in her native Howth this summer.

"Being home the last time, the kids loved it, I had a proper Irish summer. We were down at the beach and it was freezing, Theodore was getting in and out of the water, didn't care, having a little picnic. It was just so nice to be home," she said.

"I think a lot of people after Covid are thinking you don't really need to live in London so I think our kids going to school somewhere else would probably be nicer for them."

Listen to My First Ride on RTÉ.ie, Apple Podcasts, Spotify or wherever you listen to podcasts.