Coldplay will release their new album, Music Of The Spheres, this October and five of the new tracks are represented by emojis.

The band announced the Max Martin-produced album on Instagram via a handwritten note alongside an album trailer which combines an animated cosmic journey through the album's planetary artwork with short clips of the album’s twelve tracks.

The band’s note also seemed to hint at further sci-fi themes with the phrase, 'Everyone is an alien somewhere'. 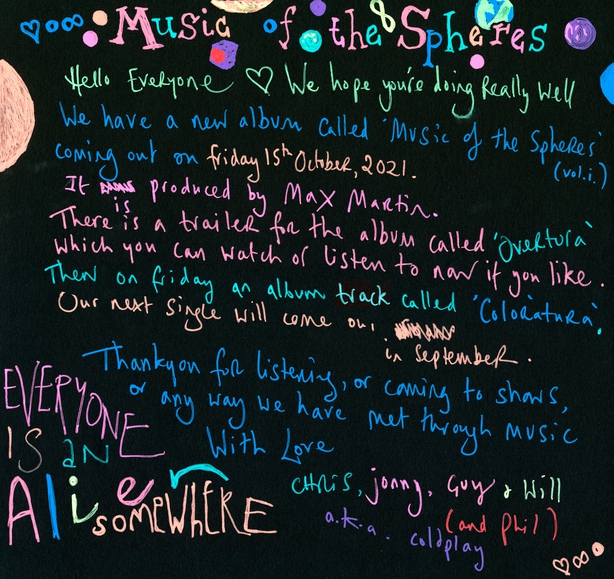 In May, Coldplay released Higher Power, the first single from Music Of The Spheres, and also revealed the release of an album track called Coloratura on Friday, to be followed by a new single in September.

The band have also revealed the full album tracklisting - with five of the twelve tracks represented by emojis.

Music Of The Spheres, 🪐, Higher Power, Humankind, ✨, Let Somebody Go, ❤️, People Of The Pride, Biutyful, 🌎, My Universe, ♾️, Coloratura.