Love Island's latest contestant, Danny Bibby, has described the other male contestants as "like little sheep" and said they need an alpha male.

The 25-year-old plumber and clothing brand owner from Wigan wasted no time and swept Kaz Kamwi off on a date during Thursday night’s episode of the ITV2 dating show.

She screamed as she received a text, which read: "Islanders, tonight Danny will enter the villa but first he has chosen two girls to go on dates with.

"Kaz, you are up first. Please get ready to leave the villa."

The message also featured the hashtags #handyman and #tradeup.

Kaz told her fellow islanders: "I have been asking for this.

Speaking before entering the villa, Danny suggested he was hoping to couple up with her.

He said: "Lucinda is my type, nice eyes and tanned.

"I think me and Kaz will vibe."

Asked which boys he saw as competition, he added: "The guys need an alpha male and I feel like that’s me.

"The girls have Faye who says it how it is but the lads are all like little sheep.

"There is no way I would have sat back and let Hugo cry."

Danny, whose celebrity crush is Megan Fox, denied he was going into the villa to create conflict but admitted he would "speak my mind" to the others.

"My dad would say I’ve got no filter," he said.

"I’ll say whatever comes to mind – bad or good."

It came shortly after the arrival of new bombshell Andrea-Jane Bunker, who is known as AJ.

The hair extension technician, 28, from Hertfordshire, spent time getting to know the boys ahead of selecting who to couple up with.

"Sometimes the good ones are the dark horses."

Hugo and AJ have wasted no time getting to know each other 👀 #LoveIsland pic.twitter.com/mJDD6MKIAw

Hugo, who is in a friendship couple with Sharon Gaffka, said: "You’ve got to keep some stuff back."

She replied: "You’re keeping that stuff for the right person."

The next day AJ also spoke to new arrival Teddy Soares, who is coupled up with lettings agent Faye Winter, about their star signs.

The series continues on Virgin Media One and ITV2. 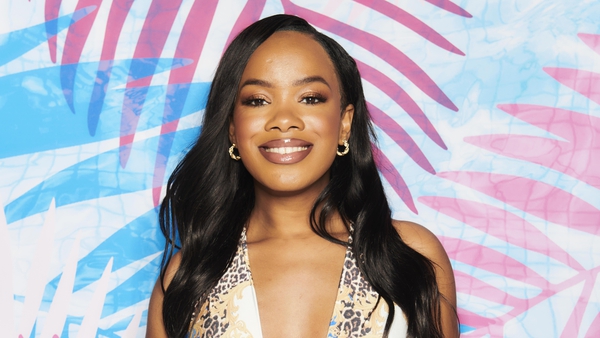 Rachel Finni is the latest to leave Love Island