More than half a million children and their families will benefit from the Open Round allocations from the RTÉ Toy Show Appeal.

And a total of 55 new projects across the island of Ireland awarded over €3 million in grants from €6.6 million raised by viewers.

The RTÉ Toy Show Appeal and The Community Foundation for Ireland today announced that thanks to the generosity of viewers of The Late Late Toy Show an estimated 635,690 children and their families will benefit from 55 projects across the island of Ireland that have been successful in securing support from the open round. 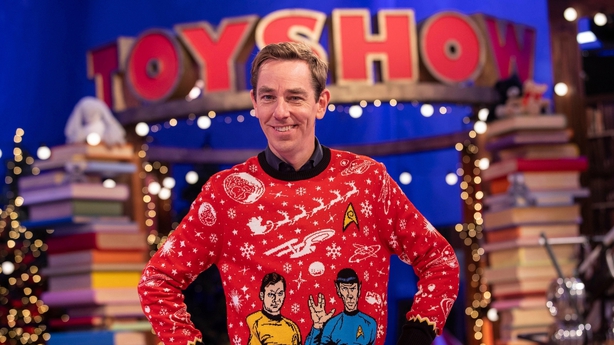 Half of that money was shared out between three key charities: Barnardos Ireland, Children's Health Foundation Ireland, and Children's Books Ireland.

Monies donated from the ever-generous viewers of The Late Late Show will go towards funding 55 projects including support services for homeless children in Galway through COPE Galway’s Helping Kids First programme.

It will also open doors to a new generation of musical talent with Music Generation Cork, provide therapeutic support from The Donegal Rape Crisis Centre for young people who are survivors of sexual violence, and provide clothing, footwear, school uniforms, and bedding for children in care with Kinship Care Northern Ireland.

The grant total in the Republic of Ireland is €2.64 million, with a further £537,000 being distributed in Northern Ireland.

Late Late Show host Ryan Tubridy said: "It's time to show the people of Ireland just where the money they dug deep for last November is going, and it’s going directly to children all over the island of Ireland who are going to have better, happier, safer and more creative, enriched and nourished lives because of these donations.

"Thank you once again to the viewers of The Late Late Show for your continued overwhelming generosity. The RTÉ Toy Show Appeal will be back again this year to help Change Children’s Lives for Good."

"I am so happy the money will go to help such wonderful charities. Since the show I have been busy, learning to cycle my bike again, returning to school and I have just gone back to play camogie."

Dee Forbes, Director-General RTÉ, said: "It is truly fulfilling to reach this stage in the process, where the funds so generously donated by the public as part of the RTÉ Toy Show Appeal are being distributed to so many worthy projects to support children and their families throughout Ireland and Northern Ireland.

"I am proud that an idea we created just months ago, that was built on the back of the generous spirit which underpins the Late Late Toy Show, has been such a force for good".

Denise Charlton, Chief Executive of The Community Foundation for Ireland added: "The generosity of viewers has been overwhelming and is now being turned into action on the ground in communities where it will make a huge difference for children and their families.

"The positive impact we will see on so many young lives in the coming weeks and months should act as an inspiration to us all. It is also a sad reality that in the current challenging times, demand from groups for this grant round has outstripped the support which was available.

"As a Community Foundation, we are keenly aware of that shortfall, and we remain absolutely committed to working with partners in an effort to address that challenge."