Newly engaged First Dates Ireland couple Carla and Shez have said they never would have met were it not for the RTÉ2 show.

Carla, from Antrim, and Shez, from Dundalk, joined Kathryn Thomas on the Ray D'Arcy Show on RTÉ Radio 1 on Monday afternoon - hours after fixing a July 2022 date for their wedding.

Carla and Shez said that although the chemistry was there from early on in their date, initially they both felt that they had been paired with the wrong person - a lesson for other singles not to make snap judgements.

"Instantly, I said no," Carla recounted of seeing Shez arrive at their table. "Straight away, I said no. And then I was like, 'Oh, we're just going to have to roll with it now'.

"But he won me over very, very, very quick. I had always said to my little sister, 'As long as I get somebody that's dead-on and I can talk to and there's no awkward sentences because that would be the worst'. And then he starts talking and I went, 'Oh God, he's actually alright! He actually can talk!' So, he won me over very quick. By the end of that date, I was smitten."

"I thought the same as Carla," said Shez. "I was like, 'This is not what I asked for! I asked for something totally different. But the same thing - Carla just totally won me over. I love the talk, but she can talk even more than me!"

"It was a massive lesson for me because I had said no initially," said Carla. "If that had've been in a bar or something, he'd have been gone. But it was only for the fact of where we were I had to sit with him.

"We would've never met. I would've swiped. He'd have been gone if I had've seen him on Tinder. We wouldn't even have met because he was aged 30 on Tinder!"

"What is your real age, Shez?" asked the host.

"Thirty-nine!" he replied to laughter.

"All that television stuff aside, we're just so happy to, like, find The One," Shez concluded. "I could not go a day without seeing Carla; I just couldn't."

The dating show's first proposal happened in 2019 when Shannon from Dublin and Ciara from Monaghan bonded over baby Guinness and Maniac 2000 and became engaged.

Applications for the new series of First Dates Ireland are now open at: cococontent.ie/firstdates. 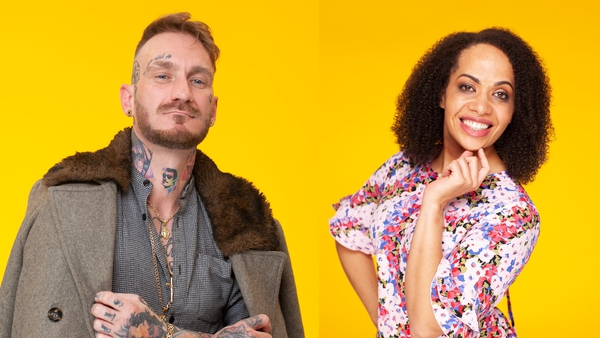