Chrissy Teigen has returned to social media and apologised for cyberbullying.

The model and TV presenter shared a lengthy blog post to publishing platform Medium and described the last month as "VERY humbling".

Teigen had been silent on Twitter since TV personality Courtney Stodden, who is non-binary, accused her of bullying them a decade ago.

She apologised for those messages last month and, as well as her social media exile, departed a voiceover role on Netflix comedy Never Have I Ever.

In her latest apology, shared with her 13.5 million social media followers, Teigen said "not a day, not a single moment has passed where I haven't felt the crushing weight of regret for the things I've said in the past".

The 35-year-old described her old tweets as "awful, awful" and said she is "truly ashamed" of them.

Teigen, who is married to award-winning singer John Legend, wrote she is in the process of contacting people she had targeted online.

She said: "There is simply no excuse for my past horrible tweets. My targets didn't deserve them. No one does.

"Many of them needed empathy, kindness, understanding and support, not my meanness masquerading as a kind of casual, edgy humour.

Teigen was one of Twitter's most prominent users and the platform once referred to her as its mayor.

She memorably clashed with Donald Trump during his presidency and he later blocked her and called her "filthy mouthed".

However, Teigen has now attracted criticism for her older tweets, including a 2011 post mocking Lindsay Lohan's issues with self-harming.

In her Medium post, Teigen said she joined social media pile-ons to earn acceptance from strangers.

She said: "In reality, I was insecure, immature and in a world where I thought I needed to impress strangers to be accepted. If there was a pop culture pile-on, I took to Twitter to try to gain attention and show off what I at the time believed was a crude, clever, harmless quip. I thought it made me cool and relatable if I poked fun at celebrities.

"Now, confronted with some of the things that I said, I cringe to my core."

Teigen, a mother of two who was widely praised last year for sharing stark pictures from the loss of her pregnancy, said she is no longer the person who posted nasty social media messages.

She said she hopes her children - daughter Luna, five, and three-year-old son Miles - will "recognise my evolution".

Teigen added: "My goal is to be so good that my kids will think this was all a fairy tale. Not the fake good. The good that has the best intentions, the good who wakes up wanting to make her friends, family, her team and fans as happy as possible." 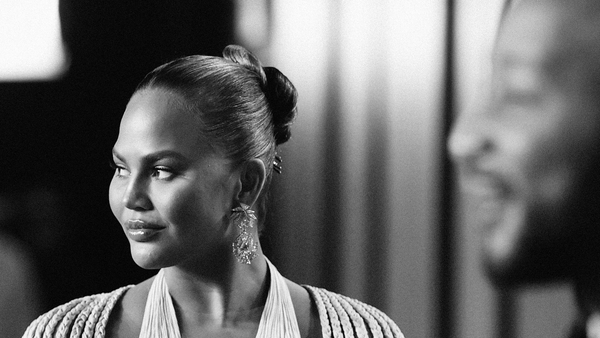