Nick Mason of Pink Floyd is bringing his Saucerful Of Secrets show to The Convention Centre in Dublin on April 13 next year. 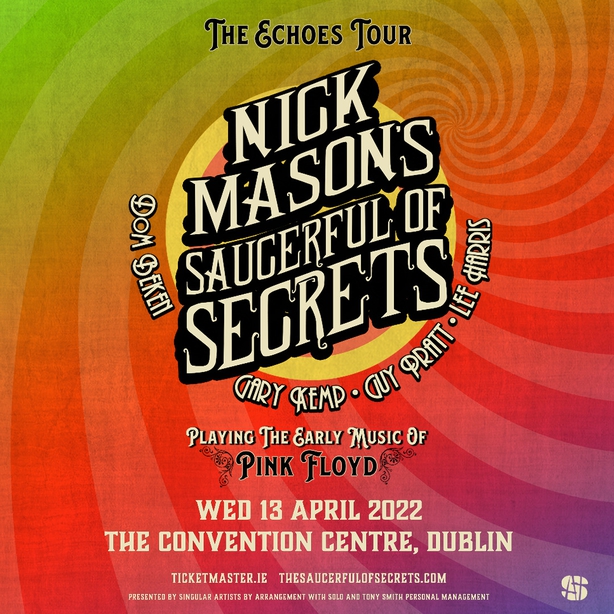 Mason has said that he formed the band to introduce people to the earlier, lesser known work of the band and they made their debut in May 2018 at Dingwalls in London, before embarking on a European tour in September 2018 and a North American tour in 2019.

Tickets of the Dublin show, which will see the band playing Echoes as part of an expanded repertoire, are priced from €50.00 are available from Ticketmaster.ie.

Mason's Saucerful Of Secrets are his first live musical outings since Pink Floyd's Division Bell Tour in 1994, and the show at Dingwalls was his first since Pink Floyd played at the 2005 Live 8 concert in London.

The band went on to sell-out theatres around the world including three nights at London’s Roundhouse, where Pink Floyd played some of their most revered early shows in the 1960s.