Element Pictures has announced that their adaption of Sally Rooney's book, Conversations with Friends, has been presold to various international streamers and broadcasters.

Sharing the news on Twitter, Element Pictures revealed that Conversation With Friends has been snapped up by Amazon Prime Video, HBO Max EMEA, SYN and Wavve.

A testament to the creative talents behind the project!

The 12-part series directed by Dubliner Lenny Abrahamson began filming at the end of April in Northern Ireland.

The series follows a 21-year-old Dublin based college student called Frances who along with her friend become involved in the life of a married couple.

Alison Oliver, an emerging talent from the Lir Academy plays Frances. American Honey's Sasha Lane stars as Bobbi, Taylor Swift's other half Joe Alwyn best known as featuring in The Favourite as Nick and Girls' Jemima Kirke as Melissa.

Element Pictures is once again collaborating with director Lenny Abrahamson and writer Alice Birch who will work alongside writers Mark O'Halloran (Rialto), Meadhbh McHugh (Asking For It) and Susan Soon He Stanton (Succession) on the 12-part drama for BBC Three in partnership with Hulu, made in association with RTÉ.

Speaking about Conversations With Friends Abrahamson previously said: "I feel so excited to be collaborating with four such superb actors to bring Sally’s brilliant novel to the screen.

"Over the last few months, it has been a privilege to work alongside Element Pictures and our extraordinary team of writers to get the scripts to a point where we all feel so excited to start shooting.

"I’ll be joined by a world-class crew (many of whom worked on Normal People) and supporting cast and I’m particularly happy to have Leanne Welham come on board.

"I’ve been an admirer of her work for a long time and I have no doubt she will bring great skill and subtlety to the episodes she directs."

Conversations with Friends will air in 2022. 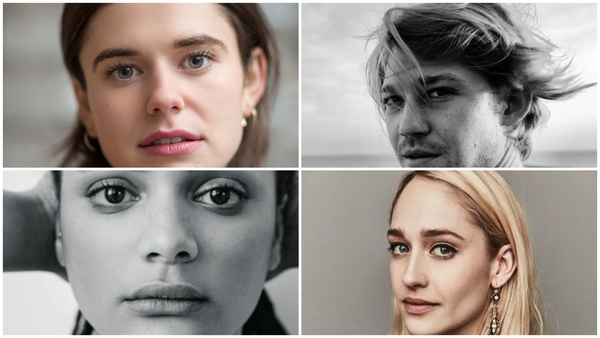 Sally Rooney's Conversations with Friends is coming to RTÉ