Reality TV star Kim Kardashian has revealed what caused the end of her marriage to Kanye West in the last episode of the reality show Keeping Up With The Kardashians.

The show became a pop-culture juggernaut after launching in 2007 when it featured a cast of largely unknown sisters.

Now, 14 years and 20 seasons later, the Kardashian-Jenners preside over vast business empires worth billions of dollars and are among the world's most famous stars.

The final episode of Keeping Up With The Kardashians featured Kim explaining to her mother, Kris Jenner, why her marriage with billionaire rapper and fashion designer West was failing.

"I just want total happiness," she told her mother Kris Jenner. "Obviously, I know complete bliss is not a full reality but if I can have it more the majority of the time, that's all I want to do.

"Wherever that takes me I just want my pure happiness. So that's what I’m working on, figuring out how to get there.

"I just feel I’ve worked so hard in life to achieve everything that I wanted to and I lived up to my expectations and achieved 10 times more than I ever thought was humanly possible but I don’t have a life to share that with."

She filed for divorce in February this year after tying the knot in 2014.

In scenes filmed after Kim turned 40 in October last year, she said she had been speaking to a therapist and realised she was unhappily married.

She said she was lonely after he moved to a ranch in Wyoming while she stayed in California.

Kim said: "I never thought I was lonely, and I always thought that's totally fine, I can just have my kids, my husband moves from state to state and I’m on this ride with him and I was OK with that.

"And then after turning 40 this year I realised no, I don’t want a husband that lives in a completely different state to me. I thought, 'oh my God, that’s when we’re getting along the best’.

She said she was envious of sister Khloe and her partner Tristan Thompson after watching them exercise together during lockdown.

Kim said she does not have "the little things" and while she is grateful for the "extravagant" experiences in her life, she is ready for the "smaller experiences that I think will mean a lot".

After telling Kris, 65, not to cry, Kim added: "I’m numb like, I’m tired of that, but I do know that I will be happy. I didn’t come this far just to come this far, and not be happy."

Earlier in the episode, Kim revealed where she sees herself in 15 years.

Speaking to camera for a video placed in a time capsule, she said she is most proud of her criminal justice reform work, adding she hopes to run a successful law firm in the years following the reality show.

Her dream took a blow in the final episode, when she failed the "baby bar" exam for a second time.

She has since moved on with Blink-182 drummer Travis Barker.

This is not the last viewers will see of the family – a two-part Keeping Up With The Kardashians reunion special will air later this month and they have signed a global content deal with streaming service Hulu. 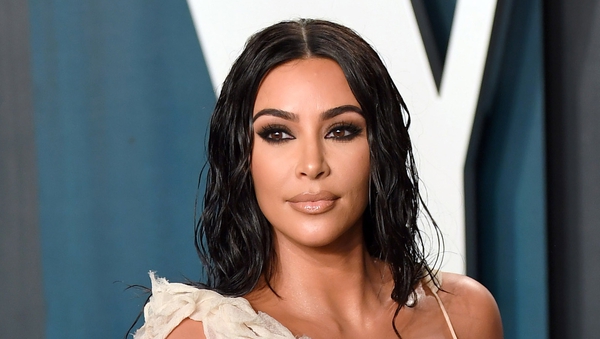 Kim Kardashian reveals she had Covid-19 before law exam