US singer Taylor Swift paid tribute to her mother at the CMT Music Awards, where she won best family feature for The Best Day (Taylor's Version) music video.

The video was released in April alongside the re-recorded version of the Fearless album.

It included personal home videos of the Swift family, including moving footage of the singer as a child with mother Andrea.

After winning at the country music-focused CMT Music Awards, Swift, 31, tweeted: "I LOVE YOU MOM."

I LOVE YOU MOM https://t.co/hmLe8ZRTjm

Andrea, 63, was previously diagnosed with cancer in 2015 and it reportedly returned in 2019.

Swift wrote the song Soon You'll Get Better about her mother's illness.

In May last year, she paid tribute on social media.

She wrote: "My conversations with my mom have always been and will always be some of my favourite memories - from when I was 10 months old in this video from Oct. 1990 to now talking every day on the phone.

"Our talks are everything to me. Myyyyyy goodness I love you Mom. Happy Mother's Day."

Other winners at the fan-voted CMT Awards, which were held in Nashville, Tennessee, included Carrie Underwood, John Legend and Kane Brown. 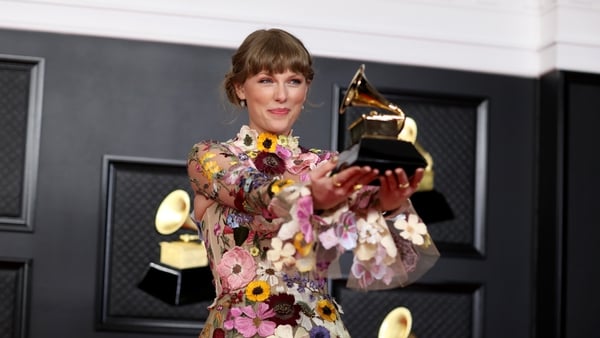 Taylor Swift releases another song 'from the vault'