Mel B has said a video she features in which highlights the horror of domestic abuse is important because it's "not just her story" but is "every woman’s story, it’s everybody’s voice".

The singer and TV star appears in a video which explores domestic violence through dance and has been made in collaboration with Women’s Aid, the charity of which she is a patron.

The video, called Love Should Not Hurt (A Flat Minor), is directed by and features the music of composer Fabio D’Andrea.

Speaking to ITV’s Good Morning Britain, she said: "You know that’s why this video is so important, because it’s not just my story, (it’s) bits and pieces of my story, but it’s every woman’s story, it’s everybody’s voice, because we are dealing with an epidemic."

The video sees the Spice Girls star recreating a woman’s escape from an abusive relationship and was inspired by the stories she has heard while a patron of Women’s Aid.

The dance was choreographed by Ashley Wallen, who has worked with stars such as Kylie Minogue and Mariah Carey and on The Greatest Showman film starring Hugh Jackman.

Responding to presenter Susanna Reid, who commented that the video depicts the "two faces of domestic violence", Mel B, 45, said:

"You put on your armour, and you walk out into the world, but behind closed doors, it’s very, very different, and it’s embarrassing and shameful and you carry so much guilt, having to try and keep that secret.

"That’s why to do this campaign was so important to me, you know, teaming together with Fabio, with Ashley Wallen, the choreographer, and coming together to collaborate and make something that people can not only watch, but they can really get a sense of what does happen.

"Because the full video has so many things in there from him taking her money, from him taking her car keys, telling her what to wear. So it’s not just physical abuse, it’s coercive control, it’s emotional abuse, you know, it’s all different layers of abuse that we have to talk about." 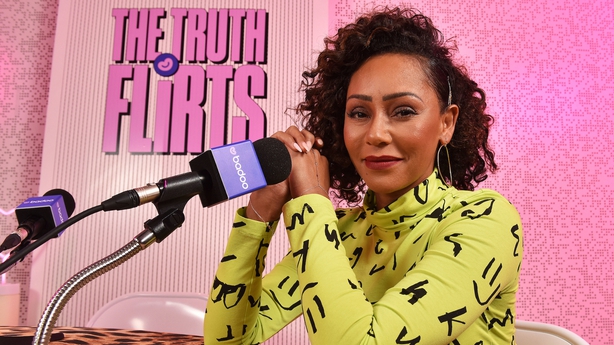 The singer, who became known as Scary Spice, said she has spent lockdown with her family in Leeds.

She said: "Being away from my family for so long - a good 10 years and not having much communication and during that time, my dad died - it was really important for me to get back to my roots, my northern side. My mum, my sister, my kids, we love it there."

Mel B split from producer ex-husband Stephen Belafonte in 2018 after a decade.

She claimed in her 2018 memoir Brutally Honest that she had suffered abuse – allegations Belafonte has repeatedly denied.