British actor Daniel Craig has said films will be "diminished" if they stop being shown in cinemas.

His comments came as the future of the big screen experience has been thrown into question with the rise of streaming services and a year away from cinema releases because of the coronavirus pandemic.

Warner Bros has announced its entire slate of 2021 films, including anticipated blockbuster Dune, will arrive on the HBO Max streaming service at the same time as in cinemas in the US.

However, Craig's final outing as 007, No Time To Die, has been frequently delayed during the pandemic so it can get a theatrical release.

The James Bond star paid tribute to his favourite moments spent watching films on the big screen, including:

"Clutching the armrest, transfixed in Blade Runner, the tension unbearable... Blushing at Betty Blue. Getting dizzy at Avatar," in an essay for Empire magazine.

Also on his list of special cinema moments were: "All of Alan Parker. Gladiator. Daniel Day-Lewis in My Left Foot. Festen. Mike Leigh/Haneke. Every arthouse movie and every arthouse cinema."

He also praised a 1999 film staring his wife Rachel Weisz: "The Mummy is one of my favourites."

Craig continued: "Every one of these memories and experiences was shared with complete strangers; the lights go down, the projectors flicker, a hush descends or a cheer goes up.

"Sometimes art needs a little ritual around it to awaken the magic. If movies stop being shown in cinemas they are diminished, and however big their budget is, each film will become smaller and smaller.

"Collective experiences shape our lives and although I am clearly biased, movies bring us together.

"Love story or space battle, if it is 30 feet across, it travels straight into my heart."

Cinemas in the UK will reopen from May 17.

No Time To Die is due to be released in UK cinemas from September 30. 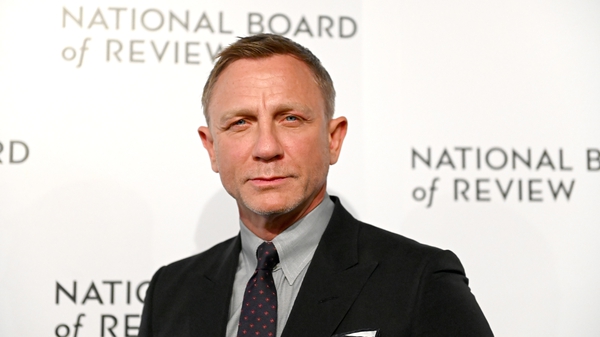 Daniel Craig admits he struggled getting fit for 007

No Time to Die