Mel B has joined with Britain's Women's Aid to create a short film exploring domestic violence through dance.

The video, which is directed by and features the music of composer Fabio D'Andrea, sees the Spice Girls star recreating a woman's escape from an abusive relationship and was inspired by the stories she has heard while a patron of the charity.

Mel B described the video as "brutal and disturbing" but said it was important to highlight the issue.

The dance was choreographed by Ashley Wallen, who has worked with stars such as Kylie Minogue and Mariah Carey and on The Greatest Showman film starring Hugh Jackman.

Mel B, known for her Scary Spice persona, split from producer ex-husband Stephen Belafonte in 2018 after a decade.

She claimed in her 2018 memoir Brutally Honest that she had suffered abuse - allegations Belafonte has repeatedly denied.

Speaking about the short film, Mel B said: "I'm so incredibly proud to be part of this project which means so much to me because this is a collaboration of three things that are so important in my life. Music, dance and a way to highlight the ever increasing issue of violence towards women.

"It seems strange to say I am proud of showing something so brutal and disturbing but it is my mission to raise awareness of something so many women go through every day, every week, every month of their lives.

"I have had my own experiences of abusive relationships but as patron of Women's Aid I have spoken to so many other women, listened to what they have gone through and I know how very real the danger is to so many women out there and I'm not going to stop breaking the silence and the shame around this subject because it's too much and we have to stand up and do something.

"This performance represents the stories and the experiences of those women I have met, spoken to or heard about.

"My heart breaks for every single woman and child who suffers from some form of domestic abuse. I want this to count for all victims of abuse. I want to help raise awareness, raise money and do anything I can to put a stop to this epidemic."

The video is part of a series by D'Andrea that has also included actor Russell Tovey highlighting issues around fame and mental health. 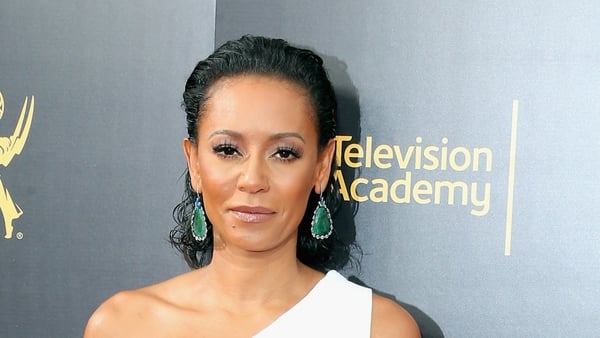 Mel B admits it was 'awkward' with Geri after claims