The characters for the upcoming British version of the series The Masked Dancer have been revealed.

The Masked Dancer will see celebrity contestants perform routines while disguised in an extravagant costume, as a panel tries to guess their identities.

The format has been used for the masked singer to such success that TV producers have expanded it to a dancing show.

The eclectic range of disguised dancers that will feature in the competition in their elaborate costumes include Zip, Carwash, Beagle and Scarecrow.

The programme is a spin-off to hit series The Masked Singer, which has previously aired on ITV.

Frog, Beetroot, Viper, Rubber Chicken, Flamingo, Knickerbocker Glory and Llama will also feature in the show.
The Masked Dancer will see celebrity contestants perform routines while disguised in an extravagant costume, as a panel tries to guess their identities.

The Masked Singer judges Jonathan Ross, Mo Gilligan and Davina McCall will be on the programme with presenter Joel Dommett.

However Rita Ora will not be on the panel, instead being replaced by Strictly Come Dancing star Oti Mabuse.

Earlier this year, ITV revealed that an average audience of 8.6 million viewers watched the final of The Masked Singer, which was won by soul singer Joss Stone.

The Masked Dancer will air "soon" on ITV, according to the broadcaster. 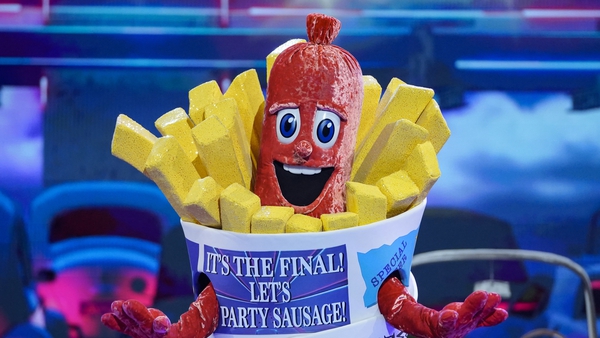