British actor Ian McKellen has said his work improved after he came out as gay.

Speaking on The Jonathan Ross Show the 81-year-old Gods and Monsters actor said he was no longer "hiding" after coming out.

McKellan came out on BBC radio in 1988. The Lord Of The Rings actor said: "I [have] never stopped talking about it since. Made up for lost time.

"It changes your life utterly. I discovered myself.

"And everything was better. My relationships with my family, with friends, with strangers, and my work got better as I wasn't hiding anymore.

"Up to that point, my acting had really been about disguise and then, when I could feel I was myself, it came about telling the truth, which was much more interesting."

McKellen said his "dilemma" about coming out when he was younger was that if he was openly gay he "could have risked being prosecuted".

"That's not true any more," he added.

"We have very good laws in this country."

He also told the programme why he has not written an autobiography.

"I put aside six or nine months to write it - it was for an awful lot of money which was basically the attraction," he said.

However, McKellan said there was "a list of the chat shows, including this one, that I would be expected to appear on, all over the world, right across the States, South America, Australia".

"That would take a year of my life, longer than to write the book," he said.

"I said I don't have enough time. So I gave them the money back."

He added: "I wanted to start with my parents, why did they decide to have me, just before the Second World War, they must have discussed this and thought about this.

"It's too late to ask them and I can't quite imagine.

"I got rather teary thinking about them as young people and wishing I'd known more about them. That was another reason why I rather went off the idea."

The Jonathan Ross Show airs on Monday on Virgin Media One at 10pm. 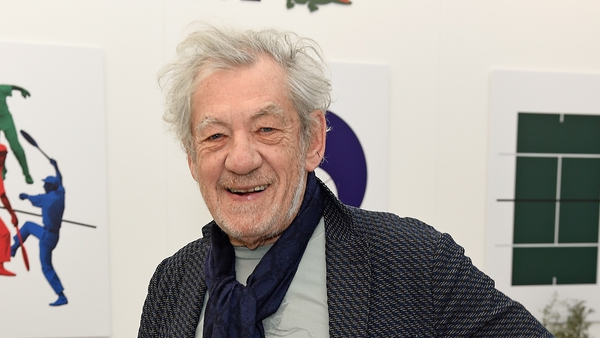