Game of Thrones star Esme Bianco has filed a lawsuit against the singer Marilyn Manson, setting out graphic allegations of rape, sexual abuse and violence.

According to the papers filed at a California court, Bianco was twice invited to Los Angeles by Manson - real name Brian Warner - with the promise of paid work, only to be subjected to acts of sexual violence.

"Mr Warner raped Ms Bianco in or around May 2011," the lawsuit alleges.

Manson and his former manager Tony Ciulla - accused of being "complicit" and benefiting financially - did not immediately respond to AFP's request for comment.

British-born Bianco, who was a fan of Manson as a teenager, appeared in 14 episodes of Game of Thrones between 2011 and 2013, playing the character Ros.

According to her lawsuit, she first visited Manson in Los Angeles in 2009 for what she understood to be a music video shoot.

Over four days she was allegedly told to wear lingerie, deprived of sleep, given drugs and alcohol without food, and "physically beaten by Mr Warner".

Later that year, he visited her in London and they began a consensual relationship, the papers state.

In 2011, Bianco moved to Los Angeles and was told she would star in a feature film called Phantasmagoria with Manson before spending two and a half months "enduring constant abuse" under the threat of her visa process being damaged, the lawsuit alleges.

In February, Los Angeles police confirmed they were investigating domestic violence allegations against the singer between 2009 and 2011. The dates and location of their investigation coincide with Bianco's allegations.

Westworld star Evan Rachel Wood has also accused Manson of years of abuse starting when she was a teenager - allegations Manson called "horrible distortions of reality" in an Instagram post.

Manson has parted ways with Ciulla, as well as record label Loma Vista Recordings and Hollywood agency CAA since the allegations became public.

If you have been affected by issues raised in this article, please visit: www.rte.ie/support. 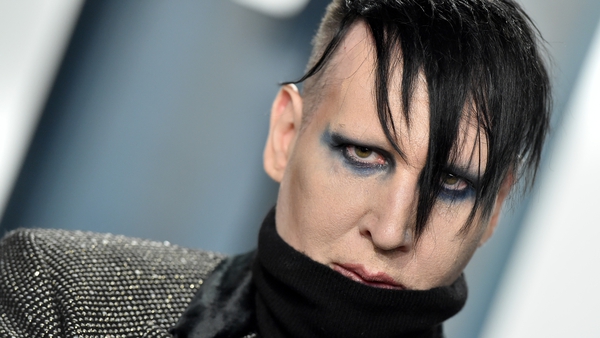