Three people who allegedly grabbed two of Lady Gaga's French bulldogs and shot her dogwalker have been charged with attempted murder and robbery.

The trio are among five who have been charged after what Los Angeles County District Attorney George Gascon called a "brazen street crime".

Ryan Fischer was walking three of the pop star's pets near Sunset Boulevard in Hollywood when a group of men jumped out of a car and tried to steal the animals on February 24.

Two of the dogs - Koji and Gustav - were taken and Fischer was shot in the ensuing struggle, and the men are said to have fled in a vehicle.

Fischer has since left hospital after undergoing surgery on a collapsed lung and spoke of how the third dog - Asia - "trotted over and laid next to me" after the attack.

The dogs were later returned unharmed after Gaga offered a $500,000 dollar (€412,000) reward by a woman who initially appeared to be "uninvolved and unassociated" with the theft, officers said at the time.

Police later discovered the woman, Jennifer McBride, was in a relationship with the father of one of the suspects.

James Howard Jackson, 18, 19-year-old Jaylin Keyshawn White and Lafayette Shon Whaley, 27, all face charges of attempted murder, conspiracy to commit robbery and second-degree robbery, while Jackson also faces one count each of assault with a semi-automatic firearm and a felon carrying a concealed firearm in a vehicle.

White faces one count of assault by means of force likely to produce great bodily injury.

Two others, Harold White and McBride, have been charged with one count each of accessory after the fact, and McBride faces one count of receiving stolen property. 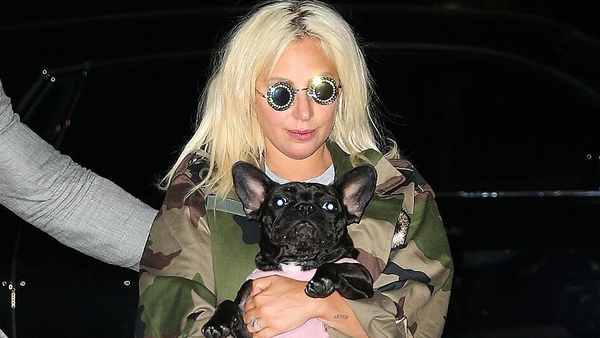