Ronan Keating and Jermaine Jenas have been confirmed as permanent co-hosts of BBC One's The One Show alongside presenter Alex Jones.

Keating and Jenas have regularly appeared on the weeknight programme as guest presenters but will now take over on a permanent basis from former host Matt Baker. The BBC says it is "the first time new permanent co-hosts have been appointed on the programme in a decade".

From May 10th @jjenas8 will present the show alongside @MissAlexjones, Monday-Wednesday, and @ronanofficial on Thursdays and Fridays.

From Monday, 10 May, former footballer Jenas will co-present with Jones from Mondays to Wednesdays, with singer Keating joining Jones on Thursdays and Fridays. Guest presenters Amol Rajan and Alex Scott will continue to be a part of the line-up throughout the year.

Keating described himself as "so delighted to officially be a part of The One Show family".

"It's a show I've loved for many years as both a guest and a host and I can't wait to get started alongside Alex, Jermaine and the wonderful team behind the scenes," he said.

"I've absolutely loved being a part of The One Show," said Jenas. "Alex, the team and the viewers have made me feel so welcome and we've had a lot of fun already - I'm really looking forward to joining as a full-time host alongside Ronan."

Jones, who has hosted since 2010, said that presenting The One Show is "such a special privilege, especially in the last year".

"We're so lucky to have an amazing family of talent on The One Show and I've really loved getting to know Jermaine and Ronan on the sofa. It's so exciting that they will be my co-hosts all year round," she added. 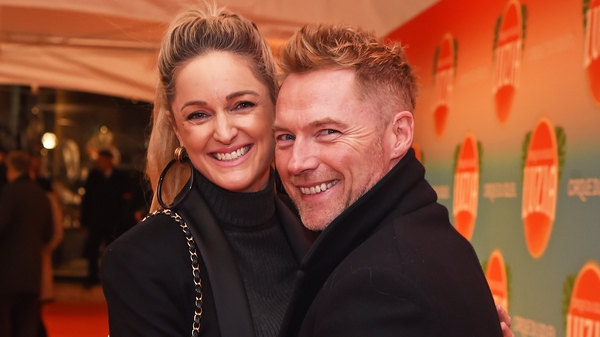 Storm Keating opens up on 'most frightening week'