Normal People has received seven nominations at this year's BAFTA TV Awards, including best mini-series, while Daisy Edgar-Jones and Paul Mescal have both been recognised in the leading actor categories.

Mescal, who played Connell in the popular show, which aired on both the BBC and RTÉ One, is nominated in the coveted leading actor category.

A spokesperson for RTÉ said: "We are delighted that Normal People has received seven BAFTA nominations, once again highlighting the quality of work and storytelling by the cast and crew.

"As one of the most-watched and talked about shows of last year we are thrilled it is receiving the recognition it deserves."

Normal People was the most-watched show on RTÉ Player last year with more than 5 million streams.

Click here to watch every moment of Connell and Marianne's relationship unfold. 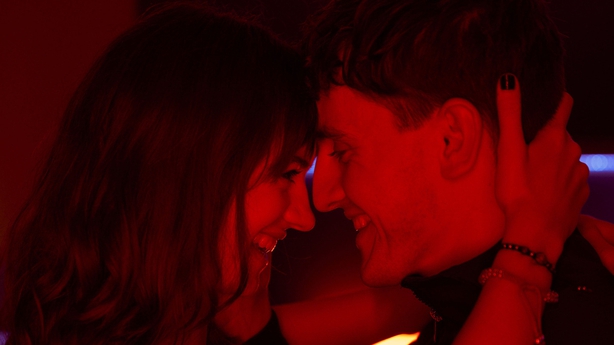 It has been nominated for nine craft awards and six in the television category.

The show's stars, John Boyega and Letitia Wright, have each been nominated in the acting categories, Boyega for his role in Red, White and Blue, with Wright nominated for her role in Mangrove.

Netflix’s royal drama series The Crown has received a total of 10 nominations – four TV nominations and six in the craft categories.

Actor Josh O’Connor is nominated for his role as Prince of Wales in the Netflix series, with his co-stars Helena Bonham Carter and Tobias Menzies also nominated.

Bonham Carter is nominated for her portrayal of Princess Margaret and Menzies for his role as the Duke of Edinburgh.

The show is nominated for the best drama series prize alongside Gangs of London, I Hate Suzie and Save Me Too.

Ant & Dec's Saturday Night Takeaway is recognised for the entertainment programme prize and will compete against Strictly Come Dancing, Life & Rhymes and The Masked Singer, while Coronation Street, EastEnders, Casualty and Hollyoaks are nominated in the soap and continuing drama category.

Diversity's headline-grabbing performance on Britain’s Got Talent is in the running to be voted the best TV moment at this year’s awards.

The Black Lives Matter-inspired routine is among six nominees for the Virgin Media’s Must-See Moment Award, which is voted for by the public.

Nigella Lawson’s mispronunciation of the word microwave as "mee-cro-wah-vay" also features, after the scene from her BBC Two programme Cook, Eat, Repeat became a viral hit on social media.

Don't forget the award you can vote for, @VirginMedia’s #MustSeeMoment 👏👀📺
📺 @Bridgerton
📺 Britain’s Got Talent
📺 EastEnders
📺 Gogglebox
📺 The Mandalorian
📺 Nigella#VirginMediaBAFTAs pic.twitter.com/BrootxCGu7