Organisers of the Cannes Film Festival have confirmed that the Saoirse Ronan-starring The French Dispatch will be back on the programme in July, having originally been part of the line-up for last year's festival before it was cancelled.

US entertainment industry publication Deadline reports that it has confirmed with the festival that the film from writer-director Wes Anderson has been re-selected for Cannes this year.

Ronan turns femme fatale and joins an all-star cast in The French Dispatch, which has been billed as "a love letter to journalists, set in an outpost of an American newspaper in a fictional 20th-century French city". 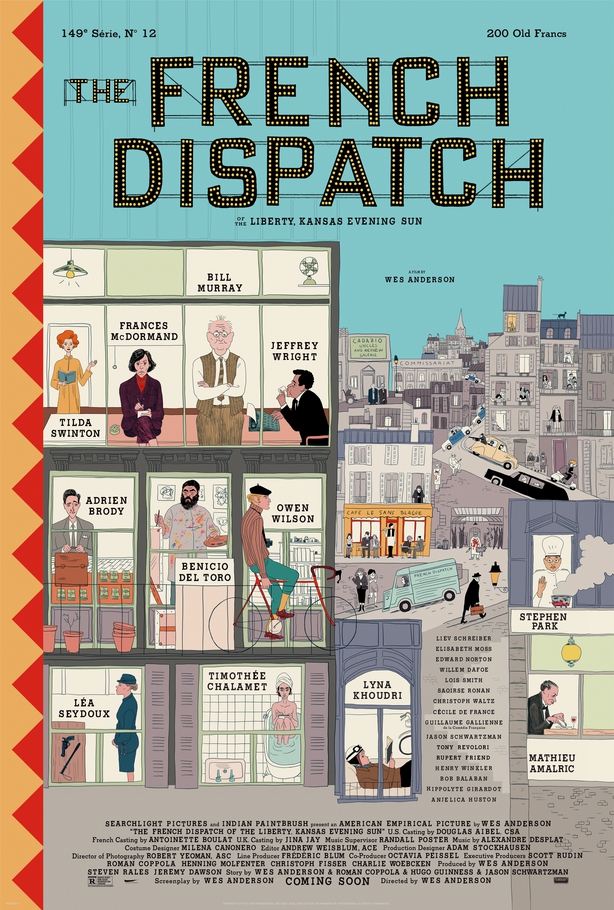 The Cannes Film Festival is due to begin on 6 July. The full programme will be announced on 27 May.