Tonight's TV tips include the MasterChef final, the return to the box of Jamie Foxx, Ice T, Bent Coppers, and a new run of The Great Sewing Bee . . .

It’s the MasterChef final. After an arduous six-week journey, the search for the UK’s best amateur cook reaches its climax - five days after the show was bumped for tributes to Phil the Greek.

The finalists have to push themselves to the limit one last time before judges John Torode and Gregg Wallace crown one of the three talented cooks the MasterChef champion 2021.

Tonight, they must produce the best three dishes of their lives, push their culinary boundaries and produce jaw-droppingly impressive food for the judges.

It’s now or never for these exceptional amateur cooks, as only one of them can lift the trophy and become the 17th MasterChef champion. 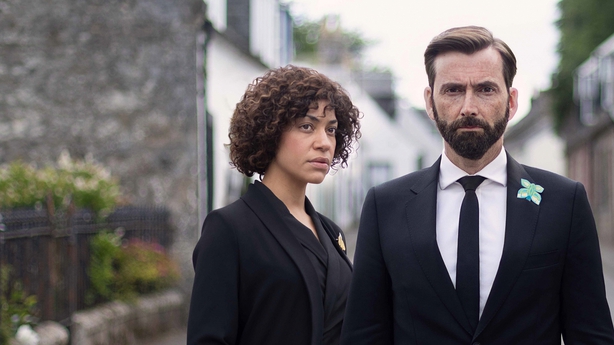 It’s the penultimate episode of this impressive crime drama, starring David Tennant and Cush Jumbo (both above), Matthew McNulty and Anna Madeley.

Armed with new evidence, the case looks cut and dried, but a new revelation raises doubt as the emotional ripple effects of the fire take their toll on those closest to the tragedy.

Steve goes to his work-appointed counselling and a past conversation with Kate is revealed. As the truth begins to emerge, everyone questions their role in the tragedy.

Here’s a documentary clearly inspired by Line of Duty. I deduced that from the title.

It examines corruption in the British police in the 1970s, revealing a secret network of officers operating illegally throughout London and led to the formation of the first internal anti-corruption unit A10, which inspired the hit BBC drama.

The story begins in 1969, when a desperate south London criminal tipped off the Times about how he was being extorted for money by a detective in the Metropolitan Police.

The return of the sewing competition in which 12 keen amateurs take part in three challenges, all judged by Savile Row tailor Patrick Grant and fashion designer Esme Young.

The sewers start in their efforts to impress with the first pattern challenge, creating the simple, clean lines of the versatile classic sleeveless blouse called a 'shell top'.

For the transformation challenge, they must turn old T-shirts into completely new garments for men, women or children, in just 90 minutes.

In the made-to-measure, mannequins are replaced with real-life models, but who will whip up a well-fitting buffet dress and win themselves garment of the week, and whose hopes of staying in the competition will flounder? Presented by Joe Lycett.

If you're into that, you may also fancy All That Glitters: Britain's Next Jewellery Star (7.00pm, BBC Two).

Season 3 of this Quincy-like Australian procedural starring Ioan Gruffudd as Dr Daniel Harrow, a forensic pathologist with a total disregard for authority.

As the new run begins, Harrow is confronted by the loss of a son he never knew, and then buries himself in his work investigating the violent stabbing of a homeless man.

ITV documentary series about pawnbrokers and their customers, and the impact the economic crisis has had on the trade.

In the first episode, a businessman tries to sell his prized Lamborghini to veteran pawnbroker Ray, who knows he can only afford to take the car if he can find a buyer.

A woman tries to sell a watch that could be valuable to a life-changing amount - but could also be a fake. A former 1980s pop star fallen on hard times visits a pawnbroker to raise some much-needed funds.

In a small town in Pennsylvania in 1999, a 20-yearold aspiring young poet named Jennifer Still was found dead on her bedroom floor by her boyfriend.

Lying in a pool of her own blood, Still had been repeatedly stabbed in her abdomen and her throat had been viciously slashed.

In a bathroom close by, investigators found a piece of evidence that would prove critical - a single drop of blood in the sink.

As investigators unpacked the evidence before them, they soon learned that Still and her boyfriend Kevin were Dungeons & Dragons gamers and were fascinated in a mythical world of wizards, warriors, and witches.

The case went unsolved for years until a shock triple murder took place just minutes away from Still’s home. 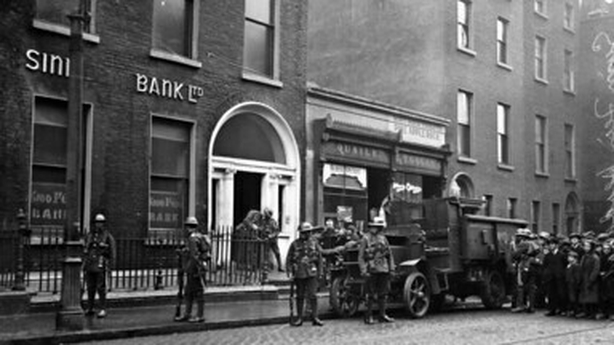 Uimhir 6 Harcourt Street is one of the most historical houses in Ireland and its 230-year history is of a changing Dublin and Ireland.

It has been home to British imperialists and Irish revolutionaries, a saint and his scholars, saw action in 1916, election victory in 1918 and was where Michael Collins worked during the war of independence.

It's where men and women rebelled and organized against religious, civil and political oppression to help mould life as we know it in Ireland today.

A man sets out to learn more about the death of his 19-year-old sister from Sudden Adult Death Syndrome, a cause of cardiac death even the experts don't completely understand.

In seeking answers, Patrick is shocked to discover the true extent of the problem, and that his sister Lauren was one of around 600 young and seemingly healthy people who die suddenly and unexpectedly from a Sudden Cardiac Death each year.

He attends a bereavement counselling session with other young people who have lost a sibling to SADS, meets leading cardiac-pathologist Professor Mary Sheppard, and talks to former footballer Fabrice Muamba, who famously survived SADS after collapsing during a match.

A mere three decades after his TV debut on In Living Color, Jamie Foxx returns to the box.

Brian Dixon (Foxx) knows how important family is. When his teenage daughter comes to live with him, he enlists the help of his Pops, sister, and best friend to tackle teenage boys, TikTok, and the family business.