The Simpsons star Hank Azaria has apologised for voicing the Indian character Apu in the long-running animated series.

Azaria, who announced in January 2020 that he would no longer voice a character he had played since 1990, made his comments in an episode of fellow actors Dax Shepherd and Monica Padman's Armchair Expert podcast. Presenter Padman is Indian-American.

"I really do apologise," Azaria said. "I know you weren't asking for that, but it's important, you know?"

"I apologise for my part in creating that and participating in that," he continued. "You know, part of me feels like I need to go 'round to every single Indian person in this country and personally apologise. And sometimes I do."

Azaria explained that he had spent time educating himself before deciding to step away from the role, which had been criticised for reinforcing racial stereotypes.

The actor said he had been "called out publicly" as a result of the 2017 documentary film The Problem with Apu.

Really beautiful and thoughtful episode with Hank Azaria today. One of our favorites to date. Please enjoy @HankAzaria 🍒 pic.twitter.com/xmffa1u9ib

"It became apparent to me - 'Do I keep voicing this character or not?' And I couldn't make that decision very quickly. I didn't know how to make it."

Azaria said that, on the one hand, he was wary of a "knee-jerk response" to what could have been "17 hipsters in a microbrewery in Brooklyn", but also needed to find out whether it was "a true example of structural racism - at least as it relates to showbusiness in this country".

He described it as having "a date with destiny with this thing for, like, 31 years".

"I really didn't know any better," he admitted. "I didn't think about it ... I was unware of how much relative advantage I had received in this country as a white kid from Queens. I didn't think about this stuff because I never had to. And there were very good intentions on all of our part [sic] and we tried to do a funny, thoughtful character.

"And, just because there were good intentions, doesn't mean there weren't real negative consequences to the thing that I am accountable for."

Azaria added that he continues to "educate myself" as "part of my amends".

"I've hooked up with a group called the Soul Focused Group, which is one of the best seminars that I took with those guys. We're in the process of creating a non-profit where we try to bring this work ... The journey I went on, I want to share with people - of educating myself in this area.

"I'm working with them to actually become a facilitator, a trainer of these seminars. I feel like I have a unique story to offer in my journey with this Apu stuff. So, we're working on that. We're going to really come out with it in the course of this year." 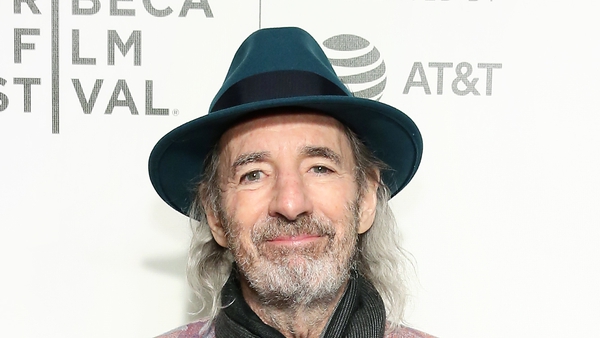