Cork-born, Toronto-based singer-songwriter Tiz McNamara has shared a new video for his song April Fool. We asked him the BIG questions . . .

McNamara's songs have featured on UK TV shows Hollyoaks and Emmerdale, and he has toured with James Bay, and has sung alongside one of his musical heroes Sir Paul McCartney, as well as Robbie Williams, and Shane MacGowan under the name The Justice Collective.

Speaking about the track, he says: "This song is written about my brother and dad who both drowned while they were sailing. I release a song on April 1st each year as it's their anniversary and it helps make a pretty tough time of year into a more productive one.

"These songs are extremely personal and close to the bone, but for me that has always been what making music was all about. It’s about telling stories and hopefully giving comfort to others."

I played drums since I was three years old but while studying in LIPA(Liverpool) a piano fell four feet down and my foot burst open, so I had to change instrument halfway through second year and re-audition. This was the start of my writing and singing journey. 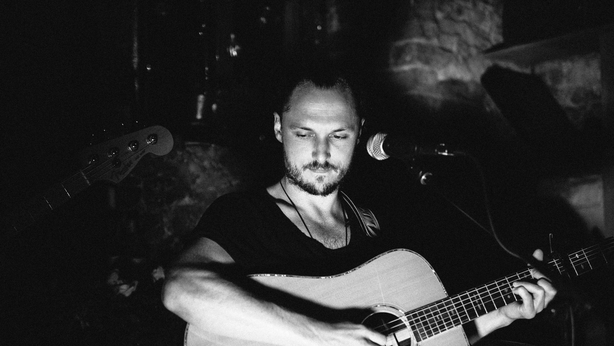 My second ever show was the first night opening on tour for James Bay.

My music is extremely sad, but cathartic and healing. I try to make music as honest and raw as possible. Fame is the worst thing imaginable to me, so I guess that helps in terms of staying true to the music and sound I want.

Musical inspirations are Damien Rice, Ben Howard, Eminem (perhaps a little left field for a singer songwriter but I consider him possibly the best lyricist to live) I also have a very musical family and some of my aunts and uncles have inspired me more than most.

I released two EPs. The first, April Fool, came out April 1st, 2020 and then I signed a record deal with Antifragile, an NYC-based label, and released my second EP Miami Nightsky and currently I'm in the middle of making a third EP.

Every Colour - Luca Fogale, the whole album Nothing is Lost is spectacular.

"Now you get to watch her leave, Out the window, guess that's why they call it windowpane" - Eminem - Love the Way You Lie.