Taylor Swift has released the re-recorded version of her album Fearless, as part of a plan to take control of her back catalogue.

The pop superstar shared Fearless (Taylor's Version) on Friday. The original was released in 2008 when she was an 18-year-old country music star.

It sold more than 12 million copies worldwide and won album of the year at the Grammys. 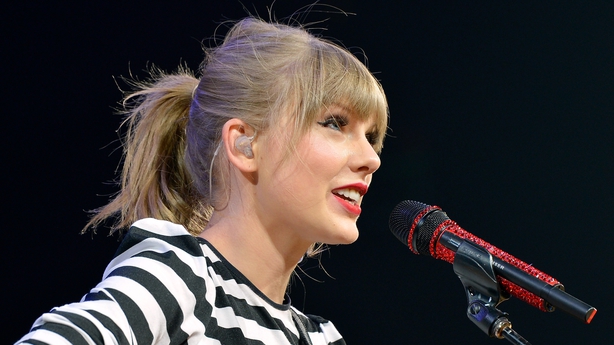 Now 31 and a pop titan, Swift has embarked on an effort to re-record her first six albums following a high-profile row over the ownership of her master recordings with prominent talent manager Scooter Braun.

Fearless was Swift's second album but the first she has returned to as part of the project. Swift announced its release using the lyrics of Change, one of the album's songs.

She wrote on social media: "It was the night things changed. Fearless (Taylor's Version) is out now."

It was the night things changed. Fearless (Taylor's Version) is out now: https://t.co/Sw5JzYR4cS pic.twitter.com/SoJRNdPfho

The new version of the album contains 26 songs, compared to the original's 13.

Explaining the new material, Swift revealed multiple songs were left off the original album for reasons including "too many breakup songs" and not being able to fit that much material on a physical CD.

The decision to record her old music was spurred by a public dispute with Braun, whose clients include Ariana Grande and Justin Bieber.

To Swift's fury, his company acquired the rights to her first six albums in 2019. The masters changed hands again last year, when a deal with Shamrock Capital was announced in November.

Swift signed with Universal Music in 2018 in a deal said to give her control of her master recordings.