British actor Riz Ahmed has said he is "certainly not" representing the deaf community in his Oscar-nominated role in new film Sound of Metal.

The Rogue One star plays a drummer who loses his hearing in the critically acclaimed film, which is in the running for six Academy Awards, including Best Picture and Best Actor, and features a number of deaf co-stars.

Explaining the reason for his casting in the role, Ahmed said: "My character is a hearing character; he's a character from hearing culture, and he experiences deaf culture for the first time in the film."

The 38-year-old actor said director Darius Marder wanted to cast an actor who came from hearing culture in the lead role of Ruben because that is the experience of the character.

"I question whether anyone can represent the deaf experience. It's one that's very rich and has multifaceted diversity and has many different experiences within it.

"I think the deaf community and deaf characters represent themselves in the film as individuals, and do so authentically - often with improvisation.

"They bring a lot of things to the table and to the screen that we actually haven't seen before on screen. So, I'm privileged and proud to be a part of that.

"But that's something that deaf people do for themselves. They don't need me, as a hearing person, to represent them. I couldn't, if I tried."

"So, the film is actually incredibly authentic in that sense and was trying to portray that blending of worlds that Ruben experiences authentically by having someone like me play him."

Ahmed, who is also a rapper known by his stage name Riz MC, learned to play the drums and speak American Sign Language for the role and said the experience of spending long periods of time in silence inspired his performance.

He said: "I didn't think too much about how big a shift that would be going into it.

"Once you're in the role, you realise that you go long periods, days sometimes, in filming without really saying much.

"I'm used to being someone who can be a bit wordy, with my poetry, spoken word and all that kind of stuff, and it was definitely a shift. But I think it's one that really informs the character, because the character also feels that he's got this restlessness in him that he's bursting to get out.

"I also think that having verbal communication taken away from me really made me understand what true communication and true listening is, and I think the deaf community taught me that listening is something you do with your whole body.

"And with American Sign Language, where you're signing with your whole body and you're so expressive, that, I think, can often be a more connected and deeper kind of communication than verbal communication.

"So I think, in silence, I learned more about what listening and communication really can be."

Sound of Metal will be available to stream on Amazon Prime Video from April 12. 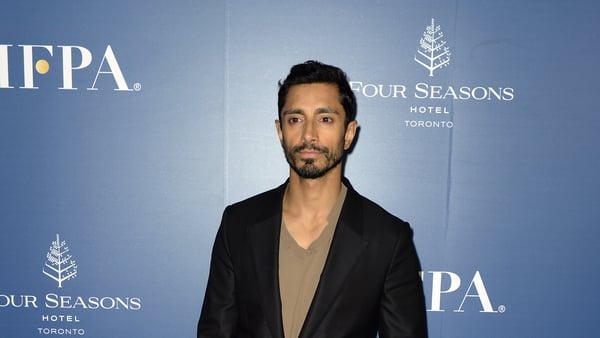