Helena Bonham Carter has said she thought her former partner Tim Burton was going to propose when he asked her to star in his film adaptation of Alice In Wonderland.

The Crown star played the Red Queen in the big-screen version of Lewis Carroll's classic book and its sequel.

The first film, released in 2010, was directed by Burton, who was then Bonham Carter's long-time partner and who is father of her two children.

Writing in Harper's Bazaar UK, she said: "Back in 2008, my ex Tim Burton asked me to have a meeting at his office.

"This was unusual, for at the time, I shared a home with him and our two young children down the other end of the road. What was so important that he couldn't ask me over Cheerios?

"Seated at his desk, he announced quite formally: 'I have something very important to ask you'.

"At this point I thought he was going to ask me to marry him.

"'I wonder if you would consider playing the Red Queen in my film of Alice In Wonderland?' and before I could respond, he shoved a sketch toward me.

"'Look, it's got to be you, because I've drawn you without intending to'.

"It was a sketch of an overly large-headed scowling queen. Frankly, this was better than a marriage proposal."

Bonham Carter said she had loved Carroll's book since she was a teenager and wrote: "When I was about 14, I discovered that the real Alice, Carroll's inspiration for the books, didn't actually have blue eyes or blonde hair, but brown eyes and brown hair like me.

"So when I went to Westminster School at 16, I dressed as what I thought was Alice Liddell, not entirely successfully.

"Louis Theroux told me recently that my look was more dairy maid, and even the formidable deputy headmaster stopped me in the middle of Dean's Yard hollering, 'BONHAM CARTER?! What have you come as????"'

The actress said the book continues to influence her life, adding: "My home is an example of topsy-turvy living, and a labyrinth with many, many doors. There are so many doors... not many visitors leave without assistance.

"And I've dressed up time and time again in Wonderland guises. (Mostly as the Mad Hatter.)

"I have more top hats than are strictly necessary, waistcoats, tailcoats, blue and white striped stockings, bunny ears... and this is not a complete inventory.

"My children have been inflicted with Alice-mania too. Before she was old enough to have an opinion, I bundled my daughter into Alice pinafores and photographed her at the bottom of the long lane that leads from the busy street to the quiet of our home - a lane that, when I first encountered it, I recognised as a Wonderland rabbit hole.

"I even stuffed her (sort of - no real cruelty involved) into a doll's house.

"No wonder she seems to have imbibed the Carroll culture and speaks at times with a Wonderland lexicon: 'Mama, I'm confuzzled today'.

"Now, as I watch her daily sprouting vertical inches, I feel she looks like Alice herself, outgrowing her girlhood bedroom. I expect one day to see her foot sticking out of her window onto the landing." 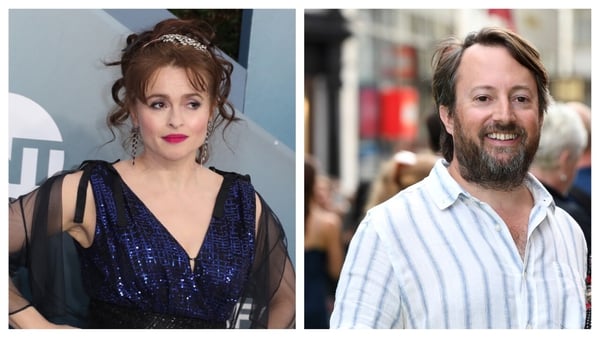